Investors cheered as an overhaul by the education publisher Pearson appeared to be bearing fruit.

The FTSE 100 company brought in former Disney honcho Andy Bird in 2020 to spearhead a shake-up that puts digital learning at the heart of the business.

The City has been wary of this strategy so far but shares shot higher after it said sales rose by 8 per cent in 2021 and profits would smash estimates, with a rise of 33 per cent to £385million. 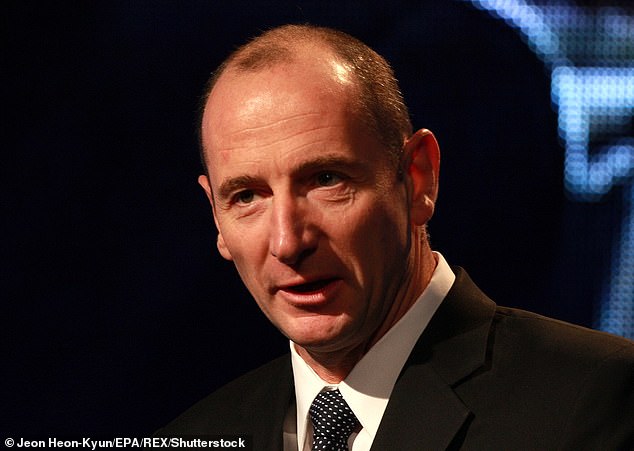 Overhaul: Pearson brought in former Disney honcho Andy Bird in 2020 to spearhead a shake-up that puts digital learning at the heart of the business

Pearson struggled when the pandemic struck and most schooling and university studying switched online.

This hit its textbook and testing income, though it said its testing services are rebounding. There is also no sign that US university students are not buying textbooks to save money.

Bird’s digital plan includes an online subscription model – it is often likened to Netflix, called Pearson+, for around £11 a month. 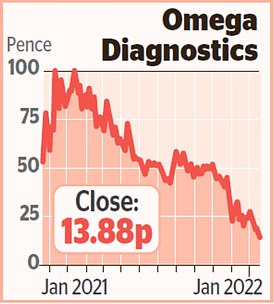 He had led it since late 2017 and through the Covid crisis, when Omega became a ‘pandemic winner’ – its share price rocketed because of its work in coronavirus testing.

No reason was given for King’s abrupt exit, though it follows speculation Omega may need to raise more money, which it denies.

This gives users instant access to its textbooks online and gives it direct access to customers. But Bird also said that learning and offering continued education was becoming a critical way for employers to retain staff.

He said employers need to try to set themselves apart from competitors with incentives other than higher pay if they want to hire more people to counter the ‘Great Resignation’.

Money transfer group Wise gained 2.6 per cent, or 17.2p, to 689.6p, after the amount of cash sent on its platforms jumped 38 per cent to almost £21billion in the third quarter.

Revenues surged 34 per cent to £150million on the increase, and the overseas payment group’s annual sales are expected to rise by 30 per cent.

Crest Nicholson climbed 2.4 per cent, or 8p, to 347.6p as it moved back into the black in the last financial year despite raising its provision to tackle historic cladding replacements to £43million.

The housebuilder said a turnaround plan was complete after a torrid few years, posting profits of £87million, compared to a £13.5million loss the previous year.

But fellow construction group Galliford Try lost ground, falling 1.2 per cent, or 2.1p, to 176.7p, despite saying it was performing well.

Beyond the maze of financial updates, medical devices maker Smith and Nephew rose 1.7 per cent, or 21p, to 1263p after it snapped up knee implant specialist Engage Surgical in a deal worth up to £99million. Engage makes the only cementless knee implants available in the US market.

Smith & Nephew added that the purchase will boost its surgical robots business.

M&C Saatchi backers shrugged off an announcement that finance boss Mickey Kalifa is stepping down for personal reasons.

He will stay on until a replacement is found though his departure comes at a tricky time for the company after it fended off a bid from tech queen Vin Murria and is bracing for a potential higher offer. Shares in the advertising group fell 2 per cent, or 3.5p, to 175.5p.