MIDAS SHARE TIPS: Green revolution needs mountains of raw materials and tin’s vital for your phone – and First Tin could swell your wallet 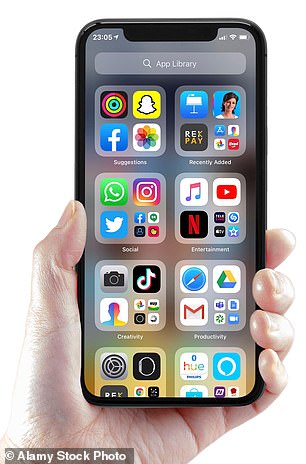 Hands on: Tin is a critical component of solder, used to make electrical connections

Yet tin is a critical component of solder, which is used to make electrical connections. Without solder, electric vehicle batteries would not charge, machines would not be able to connect to the internet, even mobile phones would not work. Solder accounts for more than half of global tin consumption and demand is expected to increase at a rate of knots, as pressure grows on businesses and households to go green.

The average combustion engine car, for example, uses 400g of tin. An electric vehicle uses 1.5kg. That is one of the reasons why forecasters state that tin production needs to rise by almost 25 per cent, from 380,000 to 480,000 tons a year by the end of this decade. It is a big ask, particularly as mining giants have largely steered clear of tin since the price abruptly crashed more than 30 years ago.

First Tin intends to help bridge the gap between supply and demand. The company has two key assets – a tin mine in Saxony, the mining capital of Germany, and another in New South Wales, Australia.

Much needs to be done over the next three years but chief executive Thomas Buenger is determined to succeed and confident that he will. This optimism might seem overblown, if Buenger were a newcomer to the industry. But he has decades of experience, most recently as a board member of Aurubis, one of the largest metal companies in the world.

The mine sites are compelling too. The German mine, Tellerhauser, sits in an area widely explored by former East Germany and the Soviet Union. They had every intention of developing the site but the fall of the Berlin Wall interrupted their plans – and the mine lay dormant for decades. Now First Tin is taking over where the Communists left off. The group does not just plan to come into production soon but to do so in as environmentally friendly a way as possible, minimising waste and using electric vehicles for transportation.

The story is repeated in Australia, at Taronga, a site acquired last year and already making considerable progress in the move towards production. Pace is important. According to the International Tin Association, only 11 tin mines are likely to come into production over the next few years. Two of the largest are Tellerhauser and Taronga and Buenger hopes to make them even bigger through continued exploration and development work.

The tin price has come off recent highs but, at $32,000 (£26,000) a ton, it is still substantially ahead of average prices between 2005 and 2020 and metal experts believe it will stay at or near current levels. First Tin expects to be a low-cost producer so it should prove highly profitable once it moves into production.

Midas verdict: First Tin floated on the stock market in April at 30p. Today the shares are 18p. The price fall reflects wider concerns about economic growth and, like AEX, First Tin is prey to worries about early-stage mining groups. Yet the decline seems overdone. The shares are a buy at current levels.