Elon Musk has refused to join the board of Twitter amid mounting speculation he wants to buy more of the business.

The 50-year-old, who became the social media platform’s biggest shareholder last week with a 9.2 per cent stake, was expected to take his seat as a director on Saturday.

But after a weekend of tweeting criticism of the company, it emerged the Tesla tycoon has turned the job down. 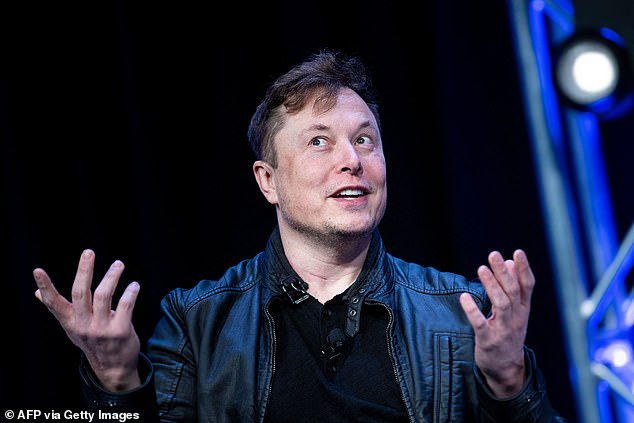 Eyes on the prize: Elon Musk, who spent the weekend criticising Twitter, has declined to take a place on the board

Announcing the U-turn on Twitter, the firm’s chief executive Parag Agrawal said: ‘I believe this is for the best.’

The move set tongues wagging that Musk, the electric car maker’s chief executive, could look to increase his stake in the coming months. And some believe the decision not to join the board leaves him free to try to buy Twitter.

One expert at a Los Angeles investment firm claimed that a Game Of Thrones-style battle has now been set up between the billionaire and Twitter executives.

He said: ‘This now goes from a Cinderella story, with Musk joining the Twitter board and keeping his stake under 14.9 per cent, helping move Twitter strategically forward, to likely a Game Of Thrones battle between Musk and Twitter.’

He added there was a ‘high likelihood that Elon takes a more hostile stance towards Twitter and further builds his active stake in the company’.

Musk, the world’s richest man, became Twitter’s biggest shareholder when he snapped up a 9.2 per cent stake for £2.2billion last month.

He was then offered a seat on the board and seemingly agreed not to raise his holding above 14.9 per cent for the duration of his contract – which was due to end in 2024.

Musk’s decision not to take up the job sparked speculation he does want a bigger stake.

His refusal to join the board coincided with a barrage of tweets – some apparently jokes – about how he thinks Twitter could be improved. 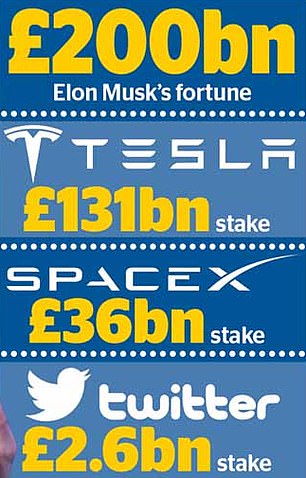 He also asked if the platform is ‘dying’ due to many of its most-followed accounts – including those belonging to pop stars Justin Bieber and Taylor Swift – not tweeting frequently.

‘Convert Twitter SF HQ to homeless shelter since no one shows up anyway,’ he wrote, along with a poll allowing users to agree or disagree.

More than 90 per cent of nearly 2m respondents voted ‘yes’ on Saturday before the poll was deleted.

He later tweeted on Sunday: ‘I’m serious about this one btw.’

Twitter announced last month that employees can work from home ‘forever’, adopting a similar policy to several other tech giants since the Covid pandemic began.

Announcing Musk’s decision not to join the board, Agrawal said in his tweet: ‘We will always value input from our shareholders whether they are on our board or not. Elon is our biggest shareholder and we will remain open to his input.’

He also took a swipe at Musk who last week caused a media storm by suggesting Twitter should implement an edit button.

Agrawal added: ‘There will be distractions ahead but our goals and priorities remain unchanged.

Let’s tune out the noise, and stay focused on the work and what we’re building.’ Musk responded on Twitter with an emoticon of a face with hand over its mouth.

He is understood to be upset about Twitter muzzling free speech and suspending high-profile figures like Donald Trump.

Susannah Streeter, an analyst at Hargreaves Lansdown, said: ‘It’s clear Elon Musk wants to retain the full freedom to criticise company policy, to steer it in his desired direction of travel and he still has a ringside seat, remaining the biggest shareholder and also has the power of his 81m Twitter followers to do just that.’

What are the signs of financial abuse and where can you go for help?