North Carolina mom, 28, is accused of taking her seven-month-old baby to a burglary at a home where she stole medication, a power saw, money, knives, socks and jewelry 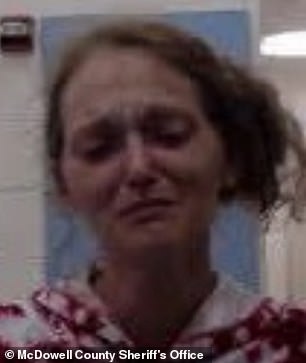 A North Carolina woman is accused of taking her 7-month-old son to a break-in where she was found with pills and a table saw among other stolen items, officials announced Tuesday.

Deputies with the McDowell County Sheriff’s office were responding to a report of a break-in at a home on Nix Creek Road, a rural stretch in Marion in  the western part of the state, at around 8.30pm on June 21.

Police said they found Jenny Annette Skidmore Reel, 28, of Marion, at the scene with her infant child.

After a short investigation the deputies discovered that Reel had gone into the house and stolen medication, a power saw, coins, knives, socks and jewelry.

Reel also had pills with her, the sheriff’s office said.

Authorities would not release the exact address of the break-in. 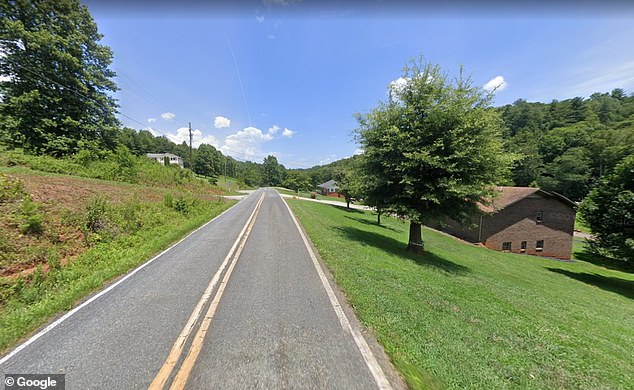 Authorities said they responded to a break-in on Nix Creek Road (pictured), a rural stretch in the western part of North Carolina, on June 21, when they found Reel at the scene, and discovered she had stolen a number of items from the home