Oil prices hit their lowest level since the start of the year as protests in China against lockdowns shocked global markets.

The price of Brent crude briefly slipped below $81 a barrel for the first time since early January as traders feared the unrest could put the brakes on China’s spluttering economic growth. 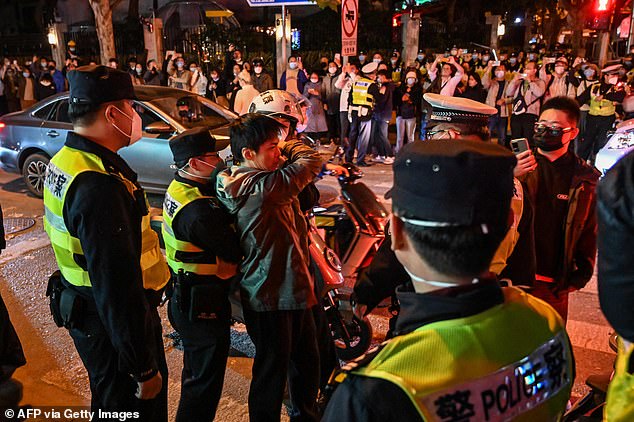 Unrest: The price of Brent crude slipped below $81 for the first time since early January as traders feared anti-lockdown protests could put the brakes on China’s economic growth

The protests were sparked by an apartment fire in the city of Urumqi last week which killed ten people.

It has triggered protests in major cities including Beijing, Shanghai and Wuhan, where the virus originated in 2019.

Record high numbers of Covid infections this week have fuelled growing frustration about the draconian strategy of China’s ruler Xi Jinping, and fuelled the most significant unrest since the Tiananmen Square protests were suppressed in 1989.