Ovo offers cheapest energy tariff to ALL its customers with no switching fees, following example of rivals as new £2,500 price cap kicks in

Ovo has followed in the footsteps of rival energy suppliers by allowing all its customers to switch to its cheapest tariff, regardless of their contract.

As the new energy price cap guarantee kicks in, Britain’s third largest energy firm said it was contacting all its customers today to alert them that they could pay less by moving to its standard variable tariff called Simpler.

Customers who fixed their energy deal when tariffs were higher – before the Government announced average bills would be capped at £2,500 – will not have to pay exit fees to move onto the cheaper deal, it added. 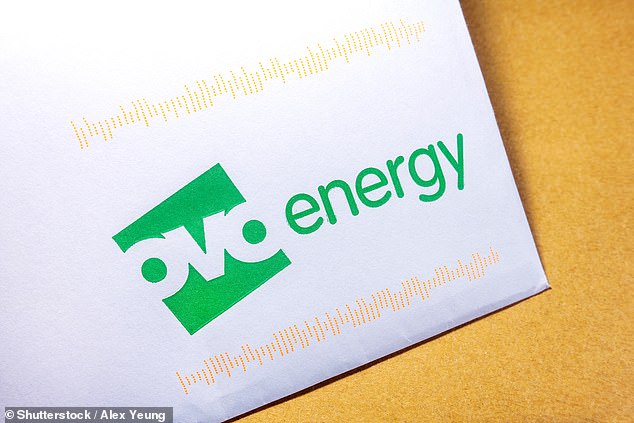 Those on more expensive fixed tariffs will be automatically moved to the cheapest deal, so they will not need to do anything.

Other customers, who are on tariffs similarly priced to Simpler, will be informed of their options and can decide whether to switch or stay put.

Those who are already on the best tariff, including those on fixed deals they agreed before energy prices started going up, will be told there is no need for them to change.

Ovo, which has around 4.5million customers, said that by switching to its standard variable tariff some customers could save £100 each by Christmas.

The move follows similar steps by rivals British Gas, EDF, Eon and Octopus, which all announced last month that they would open their cheapest tariffs to all their customers.

British Gas, Octopus and Eon automatically switched customers on fixed tariffs with a higher unit rate than the energy price guarantee on to the cheaper rate.

EDF also said those on fixed deals would see their prices automatically adjusted to reflect the Government’s price guarantee, and suspended exit fees for customers switching.

Ovo chief executive, Raman Bhatia, said: ‘We want to support customers this winter and beyond.

‘That’s why we’re reviewing all tariffs to make sure customers are getting the best price for their energy.’

Ovo is also encouraging those expecting to struggle to pay bills this winter to access its newly launched support package, worth up to £1,000 per customer.

It said it was offering financial support including an emergency top-up extension, payment holidays for some customers, payments of up to £400 towards a new boiler and free thermostats.

Over the last year, more than 3,000 Ovo customers have received debt advice from the supplier, the company said.

Under the new price cap, which came into force this weekend, households using an average amount of energy will not pay more than £2,500 for their annual bills – but if they use more, they will pay more.

This is because the cap limits the average unit price of gas and electricity, rather than the final bill.

The average unit price for dual fuel customers paying by direct debit is limited to 34p/kWh for electricity and 10.3p/kWh for gas, inclusive of VAT.