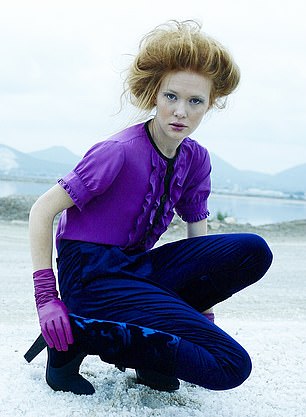 ‘Encouraging’: Primark is opening 10 shops before Christmas in a major boost for the ailing High Street

Primark is opening 10 shops before Christmas in a major boost for the ailing High Street.

The discount fashion retailer, which has 191 stores across the UK, made the announcement in an update from its owner Associated British Foods (ABF).

Sales have been ‘encouraging’, according to ABF, as the group stuck to its forecasts for the full year.

Chairman Michael McLintock said that despite the business facing ‘significant input cost inflation’, volatility that was hammering it has eased. ABF confirmed that Primark is on track to open 27 shops by next September, with 10 to open before Christmas.

And the group, which also owns Twinings tea and curry brand Patak’s, reported that profit in its food business will be higher than last year.

‘On the food side of the business we expect grocery and ingredients margins to be pressured by higher input costs from energy, logistics and commodities, but sugar should see improved profitability, helped by firmer European and world sugar prices, albeit this remains a volatile business.’

Earlier this week, the retailer revealed it was planning to spend around £90m expanding in Spain, its second-biggest market after Britain.

The fashion chain, which has 408 stores in 14 countries, will open eight sites including on Lanzarote and in the Spanish enclave of Melilla, in north Africa.

Even though many retailers are struggling due to stiff competition from online-only brands, Primark, with its budget prices, has kept expanding.