By Tom Pyman For Mailonline


Prince Charles has launched a new climate change TV channel in a deal with Amazon Prime.

The channel, named RE:TV, will also feature a direct plea from the Prince of Wales to ‘act now’ in addressing issues facing the future of the planet.

It comes as Amazon looks to boost its eco credentials amid concerns over its carbon footprint. 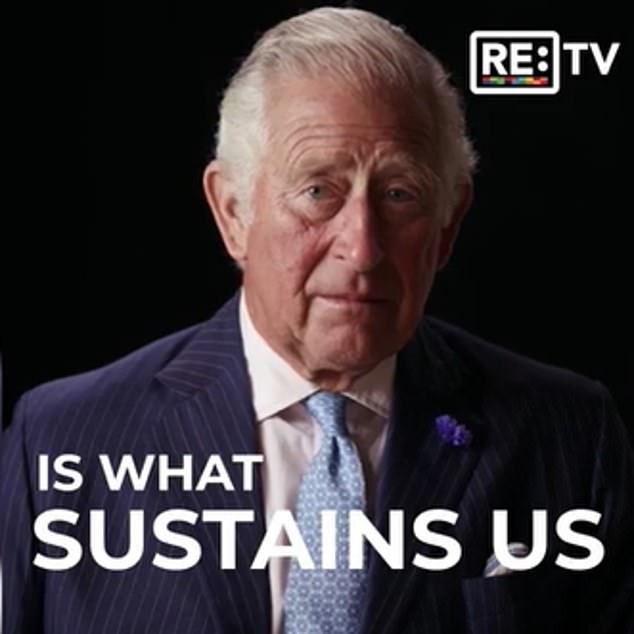 RE:TV highlights projects from across the world working on initiatives that can help transform how business is done, helping people make a cleaner and more sustainable economy.

It is understood Charles is not being paid for his curation of the channel, which will feature new films as well as air existing material.

Films include topics such as sustainability, the natural environment and innovation, with a focus on industries such as coffee production and fashion.

Charles said: ‘I’ve spent a lot of my lifetime trying to engage people and businesses with the issues and solutions of the climate crisis.

‘RE:TV was therefore set up with the aim of capturing the will and imagination of humanity and to champion the most inspiring solutions for sustainability from around the world.’

Amazon launched a Climate Pledge in 2019, in which it announced plans to meet the goals of the Paris climate agreement a decade early.

Initiatives such as electric vans have been launched in response to concerns over the impact the company and its operations have had on the planet.

Back in April, it was revealed that the Duke and Duchess of Sussex had secured their first TV series with Netflix – a documentary series about the Invictus Games.

The programme, Heart of Invictus, will follow competitors around the world training for the Games at The Hague which had been expected to take place in 2020 but were delayed until next year due to the pandemic.

Harry and Meghan’s Archewell Productions are working with director Orlando von Einsiedel and producer Joanna Natasegara on the series which will follow both the athletes and organisers as they prepare for the event. 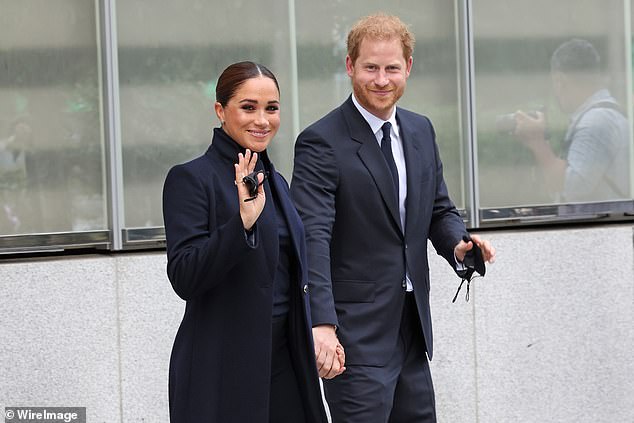 Netflix said the couple would be producing ‘content that informs but also gives hope,’ from documentaries and scripted series, to features and children’s programming.

Another project as part of the deal is an animated show Meghan has been working on with Sir Elton John’s husband as far back as 2018.

The Duchess is teaming up with David Furnish to work on the project which follows a ’12-year-old heroine who finds inspiration in influential women from history’.

Sources claimed to Page Six that talks about this new programme have been ‘active’ for three years – but they also told the website that the project started as a charitable venture when Meghan was a working royal.

Its report claimed the show was ‘originally just one of a number of one-off advocacy projects that Markle started work on while a working member of the royal family’.

Husband Harry told Oprah Winfrey in March that they only thought of their big deal with Netflix after leaving the UK for North America early last year.

It is therefore possible that the Netflix deal is something altogether separate from this newly-announced show, which Meghan could have been working on for years.

Delivery drivers could benefit from legal action against Amazon