Young’s has joined rival pub chains in warning of inflationary pressures, but unlike peers the firm has insisted it is ‘well placed’ to deal with soaring costs.

The London-based company has joined All Bar One owner Mitchells & Butlers and Marston’s in cautioning of a possible slowdown in trade from the cost-of-living crisis affecting Britons.

Their warnings come in the same week that the UK inflation rate was revealed to have hit 9 per cent in April, its highest level in four decades, with energy and food price rises behind much of the increase. 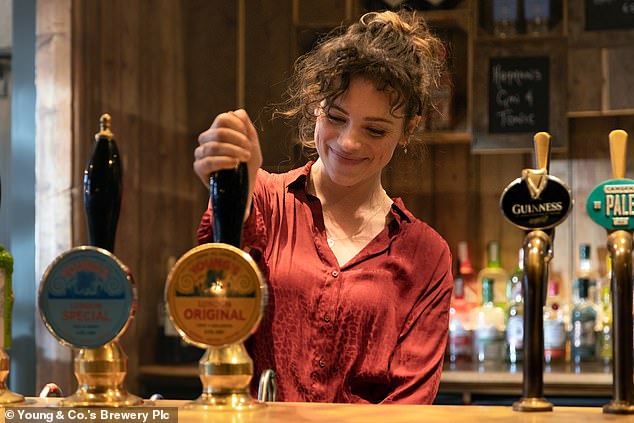 Recovery: Trade at Young’s pubs and hotels came roaring back last year after Covid-19 restrictions on hospitality venues were gradually loosened by the UK Government

Yet while Young’s said it was ‘mindful’ of the problems inflation could have on consumer sentiment and spending, the group said it had taken numerous measures to keep cost rises to a minimum.

These have included re-tendering a significant number of drinks contracts, hedging its utilities until March 2024, and the ability to make changes to menus.

Chief executive Patrick Dardis also told the Evening Standard newspaper that the business would temporarily not order any more chickens because of cost increases.

He made the announcement as the business disclosed annual results showing trade at the firm’s establishments came roaring back after Covid-19 restrictions on hospitality venues were gradually loosened by the UK Government.

Young’s, which operates more than 200 pubs and hotels across London and south east England, revealed revenues in the 52 weeks ending late March surged by around 250 per cent year-on-year to £309million.

Public houses remained closed at the start of the period due to pandemic rules requiring all non-essential businesses to shut, before only being allowed to serve outdoors for five weeks from 12 April. 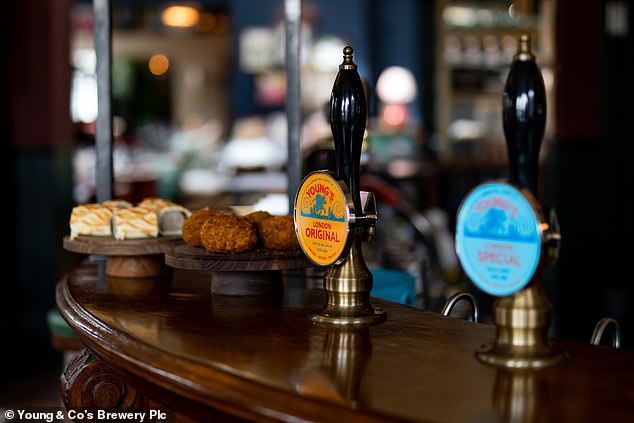 Performance: Young’s has revealed revenues in the 52 weeks ending late March surged by around 250 per cent year-on-year to £309million

Yet even though a quarter of the company’s estate stayed closed, such was the pent-up demand that total sales up to mid-May were only 17 per cent down on the equivalent period in 2019.

All its pubs and hotels then restarted indoor trading, although the group had to wait until the latter half of July to see all restrictions lifted, by which time it claimed that poor weather was hindering sales.

However, the growing trend among Britons to take domestic holidays saw business at its ‘staycation’ locations surpass forecasts, while more metropolitan pubs began to see sales revive as workers flooded back to the offices.

The arrival of the Omicron variant then hit demand, as did growing staff shortages, but Young’s noted that sales ‘bounced back strongly’ due in part to sporting events like the Six Nations rugby tournament and Cheltenham Festival.

As a result, the company ended the financial year with a pre-tax profit from continuing operations of £44.1million, compared to a £44.5million loss in the previous 12 months.

Young & Co.’s Brewery shares were up 0.6 per cent to £13.40 during the mid-afternoon on Thursday, although their shares have fallen by 14.6 per cent since the start of the year.

Patrick Dardis said: ‘We have found ourselves navigating challenges at nearly every turn, whether it be storms, floods and tube strikes, or the unwelcome arrival of the Omicron variant which hampered our Christmas trading.’

This July 4th, COVID is still killing hundreds of Americans each day