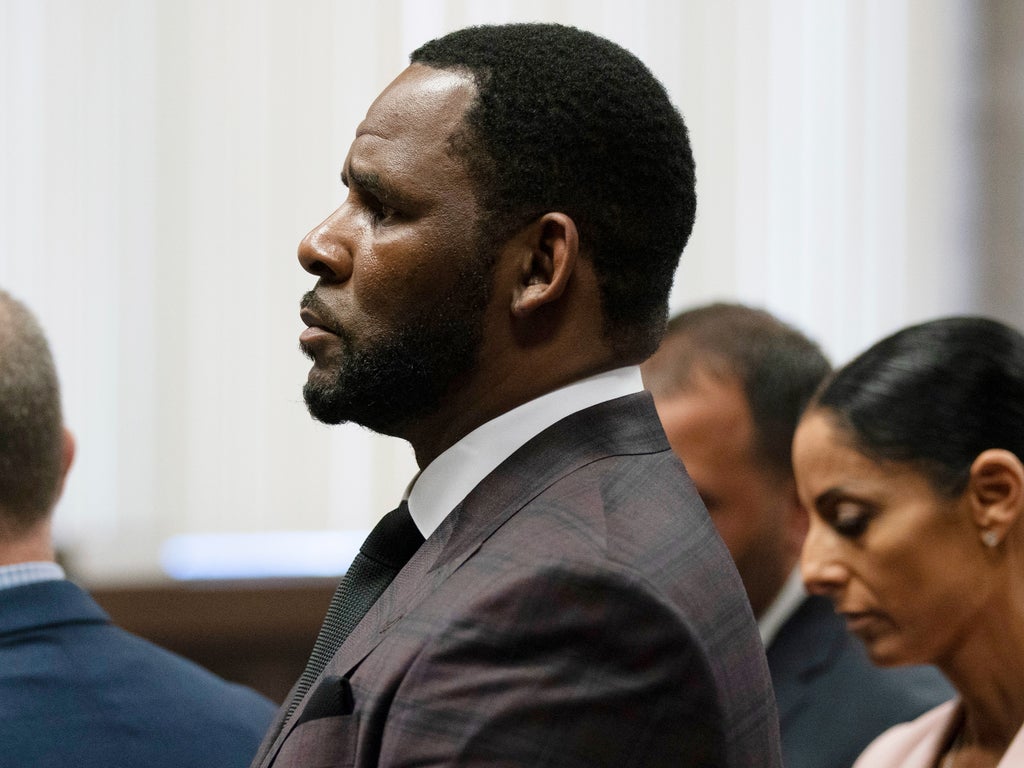 A jury has started deliberating in R Kelly’s federal trial.

The jury of seven men and five women began deliberating on Friday on racketeering and sex trafficking charges faced by the singer.

His defence attorneys and the prosecution both delivered their closing arguments this week.

Kelly’s trial began on 18 August and included testimony from witnesses who alleged that Kelly subjected them to perverse and sadistic whims when they were underage.

Kelly has denied any wrongdoing and pleaded not guilty to the charges.

He was charged in July 2019 with racketeering predicated on criminal conduct including sexual exploitation of children, kidnapping, forced labor and Mann Act violations involving the coercion and transportation of women and girls in interstate commerce to engage in illegal sexual activity.

Kelly was also charged with four counts of violating the Mann Act related to his interstate transportation of a victim to New York to engage in illegal sexual activity, and his exposure of her to an infectious venereal disease without her knowledge.

Kelly “believed the music, the fame, and the celebrity meant he could do whatever he wanted,” Assistant US Attorney Nadia Shihata said in federal court in Brooklyn in a fiery rebuttal to the defence’s closing argument that portrayed Kelly as a victim of false accusations.

But, she added, “He’s not a genius, he’s a criminal. A predator.” She added that his alleged victims “aren’t groupies or gold diggers. They’re human beings.”

In his closing, defence attorney Deveraux Cannick told the jury that testimony by several accusers was full of lies, and that “the government let them lie.”

The Associated Press contributed to this report