Rover P5 used to transport Margaret Thatcher on her maiden journey as first female Prime Minister to visit the Queen in May 1979 is expected to fetch £45,000 at auction

The chauffeur-driven car that carried a newly-elected Margaret Thatcher on 5 May 1979 to Buckingham Palace to see the Queen to be sworn in as the nation’s first female Prime Minister is going to be sold to the highest bidder later this month.

The black saloon with number plate GYE 329N is one of only three Rover cars used for ministerial travel during the period – but this was the only one that transported the Iron Lady as a passenger. 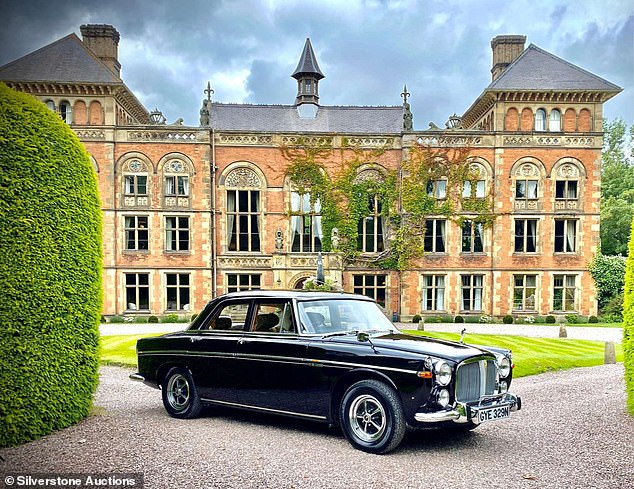 The chauffeur-driven car that carried newly-elected Margaret Thatcher to Buckingham Palace to see the Queen in 1979 is heading to auction this month – and is expected to go for £45,000 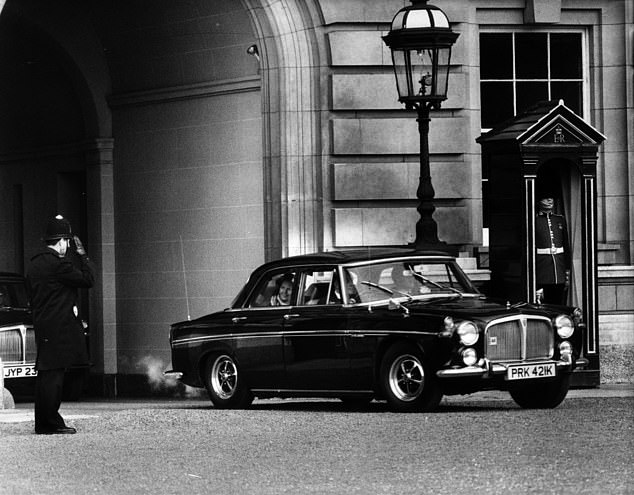 Rover had been commissioned to convert the vehicles specifically for government duties, which included wiring for a police radio and the installation of set and flashing red lights to get through traffic.

A year after it was used to take the late Thatcher to Buckingham Palace it was taken out of service and sold into private ownership.

Retired shortly after taking its place on the political stage, the Rover moved into private ownership in 1980 with a recorded mileage at the time of circa 76,000, with approximately 17,000 miles recorded since then.

Silverstone Auctions says it ‘remains in exceptional condition throughout to this very day’.

It has recently had a new coat of paint and the engine and gearbox fully rebuilt, however, and most importantly, the original ‘conservative’ interior remains.

The current owner is a classic car fanatic who needs to sell some of his collection as it is growing too large. 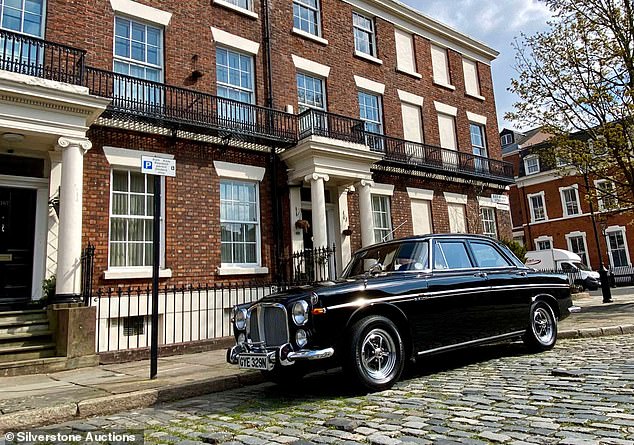 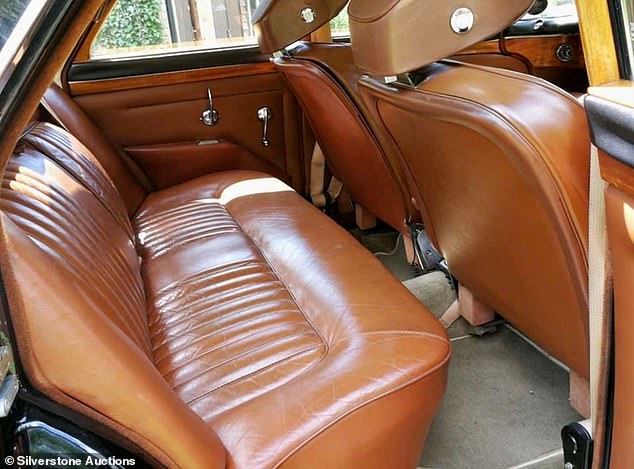 It has recently had a new coat of paint and the engine and gearbox fully rebuilt, however, and most importantly, the original ‘conservative’ interior remains 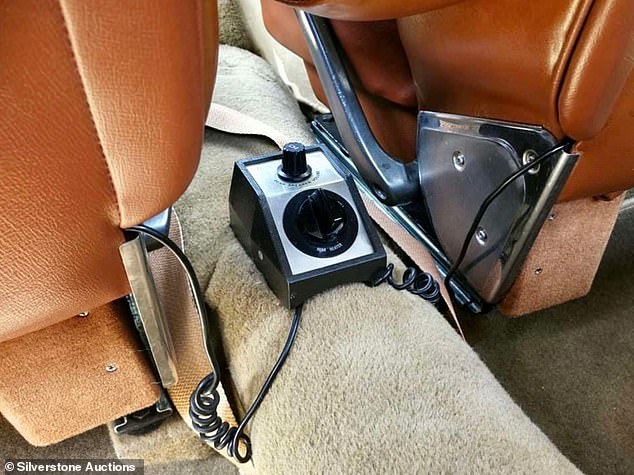 Rover had been commissioned to convert the vehicles specifically for government duties, which included wiring for a police radio and the installation of set and flashing red lights

The Rover, which has a 3.5-litre engine, is being sold the auction house’s Classic Car and Race Car Sale held in Warwickshire.

With a large history file and unquestionable provenance, so much so that it recently featured in the September issue of Classic & Sportscar Magazine, the Rover is arguably an attractive classic saloon in its own right.

However, the auction house believes the Mrs Thatcher connection and the fact it was used to take the Iron Lady on her first ever trip as our Prime Minister adds a ‘certain cachet’. 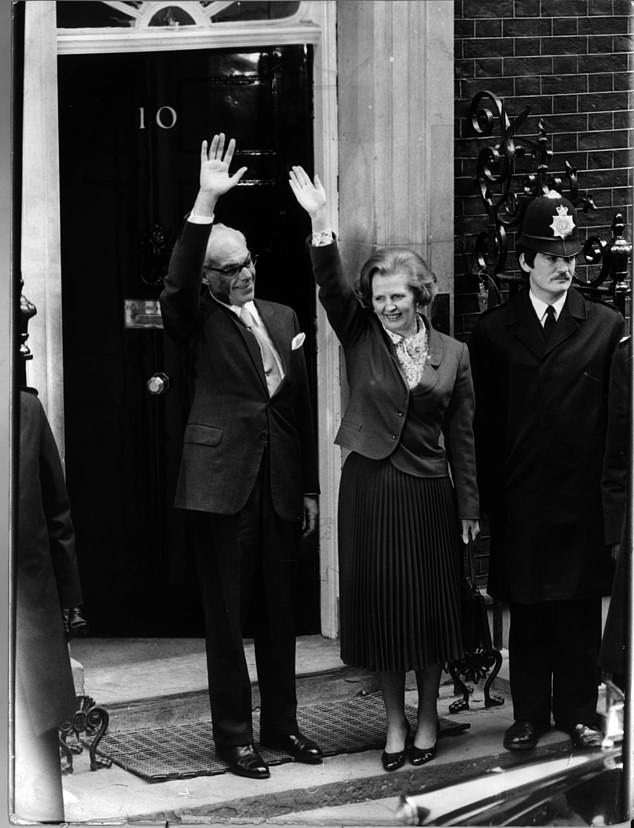 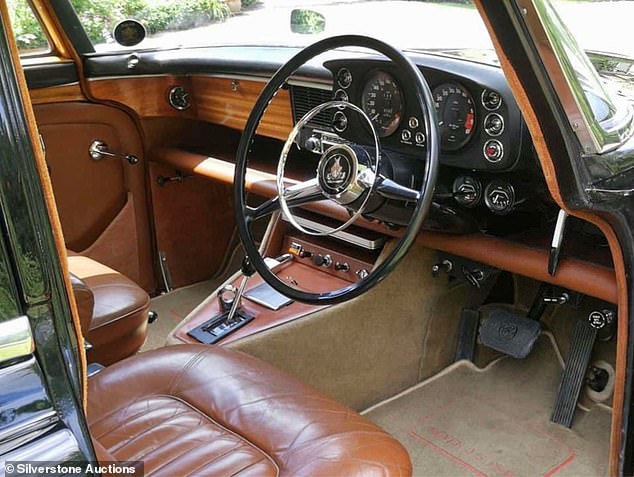 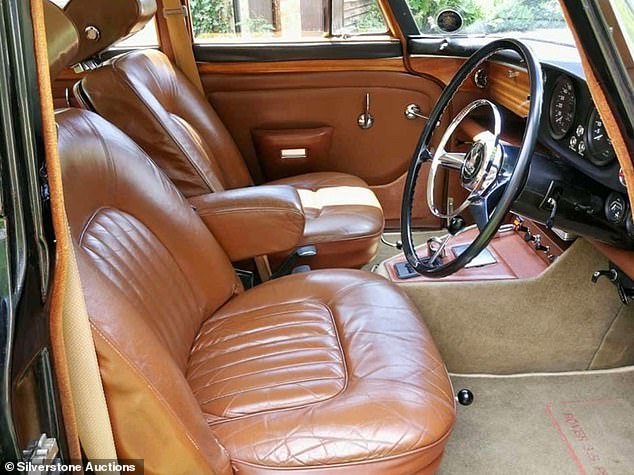 Charles Smalley, of Silverstone Auctions, said: ‘It is the exclusivity of the item that makes it so special, no other collector can say that they have the car that she went to Buckingham Palace in.

‘You can’t go and find another.

‘I am sure there will be interest from Margaret Thatcher memorabilia collectors or from specialists within that field, museums could also have a lot of interest.’

Mrs Thatcher was not the only PM that took a liking to the Rover P5; Harold Wilson liked his so much that he had it customised with an ashtray for his pipe.