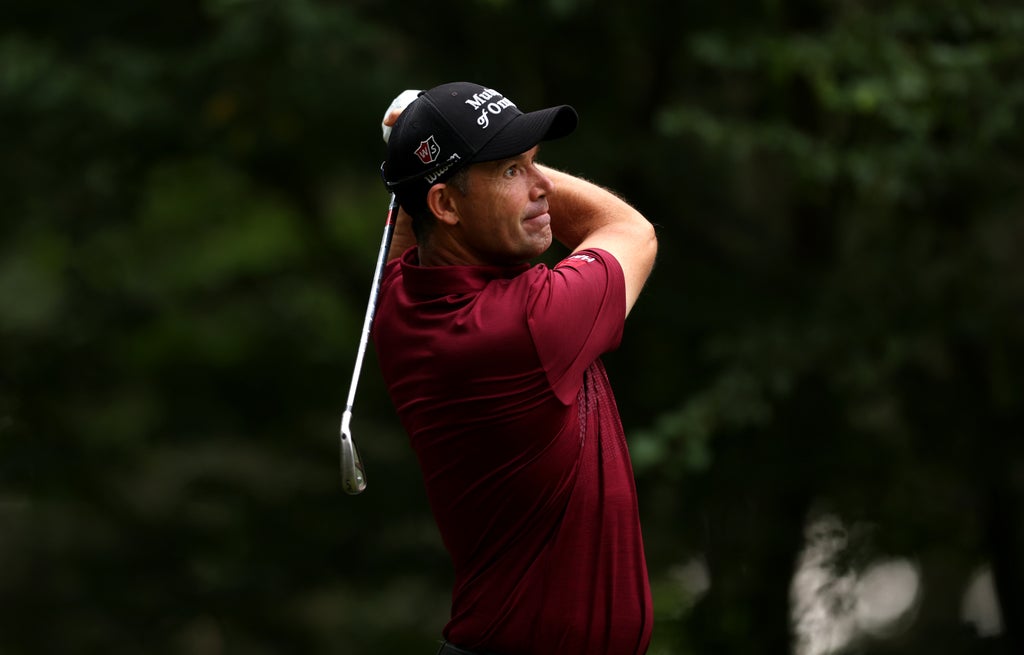 The Ryder Cup will get under way in Wisconsin, USA on 24 September after being delayed a year due to the coronavirus pandemic.

Team Europe are the current holders after they defeated America 17.5 points to 10.5 in 2018, and USA, led by Steve Stricker, will be determined to get a win on home turf.

Europe’s captain Padraig Harrington is skippering the side launching their defence and he got to choose three wildcards to add to his team. The shock omission was Justin Rose, and Harrington has explained why he didn’t pick the Englishman.

“It was incredibly difficult with JR. Clearly he was in contention in his last two events,” he said.

“Did I need more? Maybe not but the fact of the matter is, with who he was going up against, the consistency of Shane Lowry, the heart of the team has been Ian and Sergio over the years, somebody had to lose out.”

Alongside the wildcards, there were players who qualified through European and world points to make up the 12-man team plus Harrington. But who is in the team? What experience do they have and what do they bring to Team Europe? Here’s all you need to know about the players involved in Team Europe for the Ryder Cup 2021.

The 26-year-old Spaniard, who qualified through the European points list, will feature in his second Ryder Cup this year after starring in Team Europe’s 2018 victory.

He won his first major trophy this year as he claimed the 2021 US Open with South Africa’s Louis Oosthuizen coming second.

Fleetwood may not have a major tournament title to his name but he brings a wealth of experience as the 30-year-old has played in Europe’s 2018 Ryder Cup victory.

The 30-year-old qualified for this year’s tournament through the European points list.

Hatten qualified for Team Europe through the European points list and it will be the second time he has been involved as he is another star who won the title in 2018.

The 29-year-old Englishman does not have any major championship titles.

Austrian Bernd Wiseberger will make his debut at the Ryder Cup at the event this year after he bagged a qualification spot following a fourth place finish in the European points list.

His best finish in the European tour is third, a feat he reached in 2019.

Arguably the biggest name in Team Europe, Rory McIlroy has four major championship trophies with the 2012 and 2014 PGA, 2011 US Open and 2014 British Open.

Norwegian Viktor Hovland is one of the youngest players on Team Europe at 23 and qualified through the world points list.

The golfer has only been professional for two years, turning pro after the 2019 US Open.

Earlier this year he claimed his 15th victory on the European Tour.

Matt Fitzpatrick is another player who qualified through the world points list and it means he will feature in his second Ryder Cup after playing in the 2016 edition.

The 27-year-old is yet to collect a major championship.

The experience makes him one of the most valuable players in the team this year.

Spaniard Sergio Garcia was selected as one of the wildcards for the team and he has been involved in every Team Europe at the event since 1999 apart from 2010.

His performance in 2018 made him the all-time Ryder Cup points leader 25.5 points in nine appearances.

Shane Lowry was another player who was selected by the captain to be a part of the team.

The selection means he will make his Ryder Cup debut in Wisconsin and well deserved as he became the British Open champion in 2019.

Finally, Ian Poulter was a wildcard and will make his eighth appearance in the Ryder Cup.

Pulter doesn’t have a major championship, the closest he came was in 2008 when he finished second in the British Open.

Ryder Cup day one: Rory McIlroy confident Europe can recover from 6-2 down