Aveva Group has agreed to a full buyout by Schneider Electric in a deal valuing the Cambridge-based industrial software provider at £9.4billion.

French conglomerate Schneider had until 4pm today to declare its intentions for Aveva after telling investors a month ago that it was considering buying the 41 per cent of the company that it does not already own.

It announced this morning that it would acquire the remainder of the business for £31 per share, representing a premium of around one-third to Aveva’s average closing share price for the three months to 23 August. 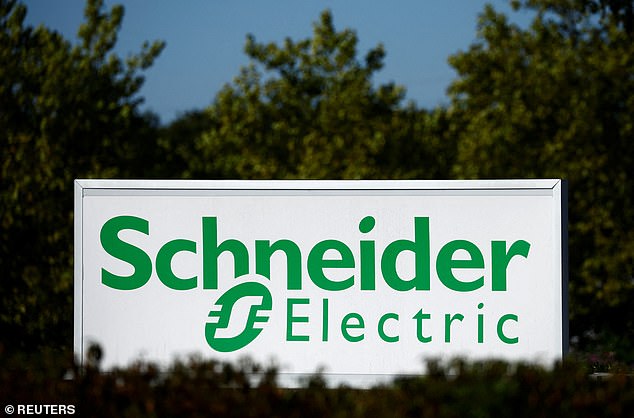 The transaction is the latest in a wave of takeovers of London-listed firms by foreign buyers, who have exploited a lacklustre UK stock market and weaker pound to acquire businesses at a relative discount.

Schneider, a specialist in digital automation and energy efficiency, said its latest deal would help accelerate both its software growth strategy and Aveva’s move to a hybrid cloud-based subscription model.

It intends to maintain Aveva’s corporate headquarters in Cambridge, where the firm was founded in 1967 and is home to ‘Silicon Fen’ due to the region’s significant cluster of high-tech businesses.

He added: ‘We are fully committed to Aveva’s hardware agnostic and autonomous business model, and to maintaining the software culture that is the source of its innovation and success.

‘The strong combination of Aveva’s data platform and specialised applications with Schneider Electric’s energy expertise will offer customers tangible gains in all aspects of safety, reliability, efficiency and sustainability.’

Completion of the deal is set to happen in the first quarter of 2023, subject to approval from investors, who will receive an interim dividend worth up to 13p per share if they give the thumbs up.

Schneider became the majority shareholder in Aveva five years ago after buying a 59 per cent stake for more than £500million as part of a reverse takeover that allowed the latter group to maintain its London listing.

It has been on a steep growth trajectory in recent years, posting €28.9billion of sales in 2021, compared to €25.2billion the previous year, as companies have sought to save energy and build their data centres.

Aveva chairman Philip Aiken said: ‘Customers are increasingly turning to industrial software to find greater efficiency and sustainability, and the combination with Schneider Electric will enable Aveva to execute its strategy faster and further enhance its customer proposition.’

What is a Santa Rally? Investing Explained