House asking prices bounced back in September after a summer dip thanks to rising demand from second steppers looking for bigger homes, according to new figures.

The average asking price for a home rose 0.7 per cent this month to £367,760, reversing a 1.3 per cent fall witnessed in August. On an annual basis, prices climbed 8.7 per cent.

The market remains ‘surprisingly resilient’ and that the stamp duty cuts announced in the mini-Budget could stimulate more demand – and push prices even higher – in the coming months, according to Rightmove. 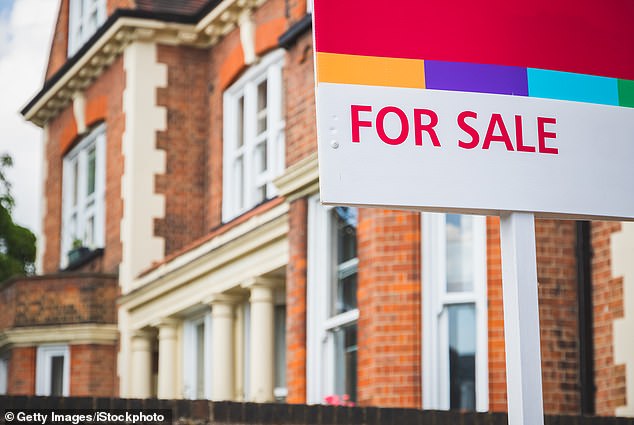 Price growth this month was mostly driven by the ‘middle and high-end market sectors’, as demand for three to four bedroom homes was up 2 per cent even compared to last year’s ‘frenetic market’.

Average asking prices for second stepper homes rose 0.5 per cent in the month to a new record of £340,513.

‘These numbers suggest that for those who can, moving up the ladder to a home with more space remains a priority, even at a time when personal finances are stretched,’ said Rightmove’s director of property science, Tim Bannister.

On the other hand, demand from first-time buyers fell as affordability has become increasingly stretched after steep price rises in recent years and the growing cost of living crisis.

The Government announced huge cuts to stamp duty in a bid to ease the burden for first time buyers, but experts have warned it may have the reverse effect. 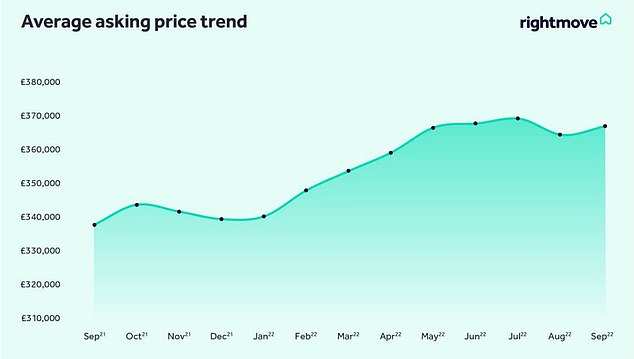 It means that two-thirds of homes are now exempt from stamp duty for first-time buyers in England, and a third of all homes are exempt for all buyers, according to Rightmove.

The property website said the cuts ‘may provide some support’ for those trying to get on the housing ladder but also warned they could stimulate more demand and push prices even higher.

‘Demand has been softening over the last few months, but Friday’s announcement is likely to stimulate some more demand,’ Bannister said.

‘If it does lead to a big jump in prospective buyers competing for the constrained number of properties for sale, then it could lead to some unseasonal price rises over the next few months.

‘With more buyer demand we would also expect that the current trend of more properties coming to market will continue, offering more choice for buyers.’

‘If this added demand isn’t met swiftly, the tax cut could boost the existing imbalance of supply and demand which consequently leads to an initial spike in property prices,’ he concluded.

Total buyer demand is down by only 2 per cent on the same period in 2021 and still 20 per cent higher compared to the pre-pandemic five-year average, according to Rightmove.

Meanwhile, supply has increased as the number of homes coming to market has risen by 16 per cent this month, which is a return to 2019 levels.

London, which last month saw the steepest monthly price fall, saw prices rise the most in September – by 2.1 per cent. However year-on-year, prices rose by 6.9 per cent, making the capital the slowest growing region.

Prices fell in Wales and the West Midlands by 0.6 per cent and 0.4 per cent respectively in the month, although over the year they were some of the fastest growing regions.

Richard Freshwater, director at Cheffins estate agents in Cambridge, said: ‘The property market has been driven by inadequate supply for decades, and whilst there has been reports of a slowdown in demand, particularly for new build homes, we have seen that the prime regional markets are continuing to thrive.’

Rising interest rates are prompting some buyers to rush and fix their mortgages before further rate hikes, according to Matthew Thompson, head of sales at Chestertons.

‘We are encountering an increasing number of house hunters who want to secure a property as soon as possible and state taking out a fixed rate mortgage,’ he said.

‘This has contributed to September’s property market remaining busy and competitive.

‘As the cost of living crisis is looming, we also witness some buyers compromising on their priorities in order to secure a property under their initial budget.’

If you are looking to buy your first home, move or remortgage, or are a buy-to-let landlord, it’s important to get good independent mortgage advice from a broker who can help you find the best deal.