Should I ditch my deal and lock into a new one in case rates rise further? AK, Lincolnshire

Ruth Jackson-Kirby replies: What a week it has been for mortgages. More than 1,000 have been withdrawn from the market – the highest number ever recorded in a single week. Rates on those remaining have surged as lenders grapple with an uncertain outlook for interest rates. 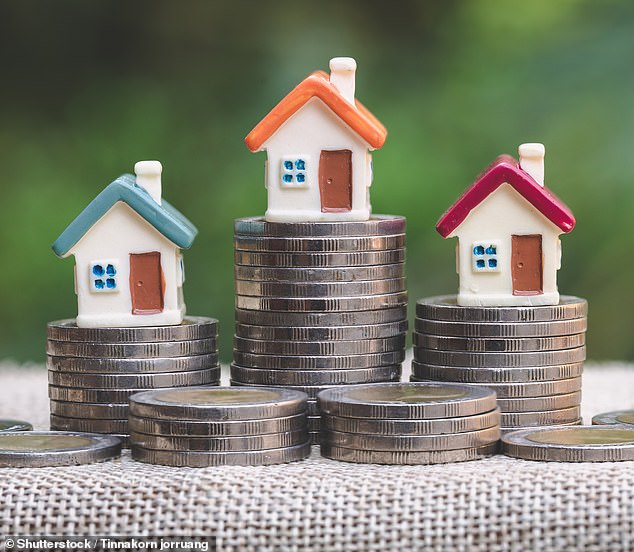 Turmoil: What a week it has been for mortgages as more than 1,000 have been withdrawn from the market

When you fixed your mortgage, there were deals below 1 per cent. Today, some two-year fixes are higher than 5 per cent, amounting to thousands of pounds in extra interest payments every year.

You are not alone in wondering what to do. You are in the fortunate position of being locked into a low rate, but when you come to remortgage, you are likely to find your payments go up considerably.

The question is whether to bring that day forward by a year in the expectation that rates will continue to rise, making it cheaper to lock into a new mortgage now.

First, you need to consider early repayment charges (ERCs), which are demanded by most lenders if you exit a deal early. These are usually charged as a percentage of the outstanding balance and tend to be between 3 and 5 per cent.

However, some ERCs fall over the course of the mortgage. For example, on a five-year fix, the ERCs could fall by a percentage point each year from 5 to 1 per cent.

David Hollingworth, an associate director at mortgage broker L&C, says: ‘It is important to check what the ERC will be to help understand the penalty for breaking away from the deal. It also makes sense to check whether it is due to fall in the near term, as that could see it drop by a percentage point, which in your case could save you £3,000.’

Ultimately, you have to decide what you think will happen to interest rates in the next few months.

If you think they will continue to rise, you may decide it is worth locking into a deal now rather than waiting for a year only to find rates are significantly higher still.

However, making that call is stumping even mortgage experts and economists. Financial markets currently expect the Bank of England to raise the base rate – on which the cost of all debt is based – to 4 per cent this year and even perhaps 6 per cent by summer. Mortgage rates are likely to be at least one or two percentage points above this.

However, market expectations are moving wildly, so could easily change in the coming weeks.

‘Whether it makes sense to fix now is a question that can only be answered with the luxury of hindsight,’ says Hollingworth. ‘We simply don’t know what might happen with rate movement in the future. If the fast pace of the current changes tells us one thing, it’s that things can turn around in a very short space of time.’

If you stick with your current deal, you could use the money that would have gone on the ERC to overpay your mortgage. Most allow you to overpay up to 10 per cent without incurring a charge.

Overpayments while your interest rate is low will have more impact as more of the money will go on clearing the capital you owe and less on interest payments.

Then, when it is time to remortgage, you will need to borrow less.

You can usually shop around for a new mortgage well before your current deal ends, as most offers are valid for up to six months. That could protect you from some interest rate rises and you wouldn’t have to pay an early repayment penalty.

Plus, if interest rates fall in the intervening months, you can shop around for a different deal and ditch the offer without penalty.

If you do switch early, bear in mind that your monthly payments will rise considerably – even if not by as much as they might if you waited for another year to switch.

You are currently paying £1,153 a month on your mortgage, and have 24 years left on it.

If you moved to one of the best two-year fixes now, you could get 3.5 per cent from Reliance Bank, which would take your repayments up to £1,542 a month. Over the coming 12 months, this would cost you an additional £4,664, plus a £995 arrangement fee.

If you moved to one of the best five-year fixes at 3.67 per cent, repayments would rise to £1,568 a month and cost an extra £4,980 over the next 12 months. This is with Danske Bank and there is no arrangement fee.