By Jai Singh, Proactive Investors, For This Is Money

No resting easy this week for investors in mattress specialist Eve Sleep, which halved to 0.35p after doubled interim losses.

The ‘sleep wellness brand’ also warned that it will need more funding in October should no offer come in for the company as management forecast cash reserves will be fully depleted by then despite cost-saving efforts.

Biome Technologies also endured a difficult week following a warning second-half revenues would be ‘significantly lower than previously anticipated,’ sending the shares down 54 per cent to 73p.

Sales at Biome Bioplastics, its core operation, had been hit by an order from a US customer coming in lower than anticipated, explained the group. 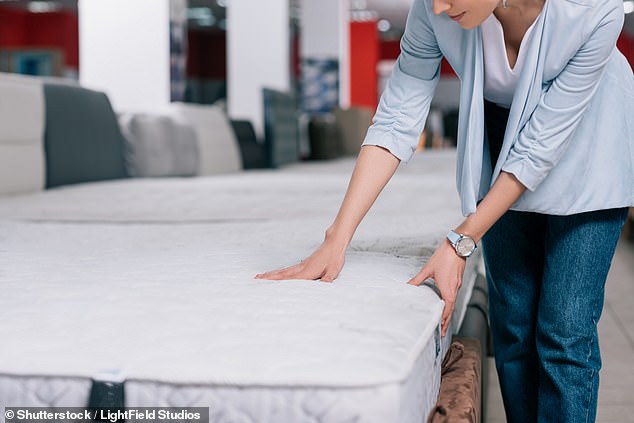 Cash call: ‘Sleep wellness brand’ Eve Sleep has warned that it will need more funding in October should no offer come in for the company

Deliveries to this client will also be affected in 2023, with the impact on trading exacerbated by delays elsewhere from raw material supply disruption, logistical issues and general end-consumer uncertainty.

Tasty plummeted 28 per cent to 3.6p as the restaurant chain confirmed the cost of living crisis is weighing on second-half trading.

Although sales rose by 85 per cent in the half to 26 June, the Wildwood and dim t outlet owner said staff shortages and inflation pressure on labour, food, and utilities were having a ‘considerable’ impact.

It was a tough week generally for the markets in London with the FTSE 100 and FTSE 250 down 3 per cent and 4 per cent respectively while AIM’s top 100 split the difference with 3.4 per cent drop.

On the upside, the past month has been a rewarding one for investors in Atlantic Lithium with the share price advancing a 39 per cent ahead of a key statement from the mine developer.

Thursday saw the unveiling of a new pre-feasibility study which provided valuable economic insights into the viability of the Ewoyaa lithium project in Ghana, West Africa.

It’s fair to say the data exceeded most people’s expectations, hence the 8 per cent jump in the share price on the day of the announcement.

Investors were told that it would take just five months at full production to pay back the £110million it will cost to construct the mine.

That, and the eye-catching £1.2billion valuation of the asset, underlined the huge potential of Ewoyaa.

Unlike many assets at this point in the development cycle, the project is actually funded to production thanks to £90million being pumped in by America’s Piedmont Lithium.

The most significant tranche, £62million (US$70million), will bankroll construction work.

‘This is a positive study for Ewoyaa as the team continues to progressively de-risk the project paving the way for project funding and start of development works,’ said SP Angel, the mining focused corporate finance house where industry veteran John Meyer is head of research.

‘Ewoyaa is one of the top undeveloped hard rock lithium deposits globally, and we see it as increasingly likely that Piedmont Lithium will continue to support the company and contribute to capex in order to earn in up to 50 per cent of the project.’

Ethernity Networks surged 45 per cent to 15p after the virtual telephony hardware specialist announced a follow-on contract with an existing Chinese customer worth US$4.6million.

The first order with the broadband network operator (worth US$3million) was announced last October.

As part of the contract, Ethernity will supply system-on-chip devices to enable fibre-to-the-room deployments in an alternative to wi-fi.

Another riser was Light Science Technologies, which jumped 11 per cent to 7.4p after confirming the launch of its ‘highly innovating products’ for the controlled environment agriculture vertical farming market.

According to the company, which has a motto to ‘grow more with less,’ the products can generate revenues worth £31.4million.

How to sleep: Certain sleep position to avoid – ‘stressful’ on the spine, expert says

Taiwan official warns China, 'We will never surrender our freedom'