Why is it that shares in Jubilee Metals Group are up almost threefold over the past two years, when most other participants in the mining and commodities space have been struggling?

True, much of that share price growth was generated in 2021 rather than 2022, which has instead been a year of solid consolidation.

Even so in a market leery of continuing Covid lockdowns in China, recession in the US, war in Ukraine and inflation the world over, you get the feeling that the momentum remains with Jubilee. 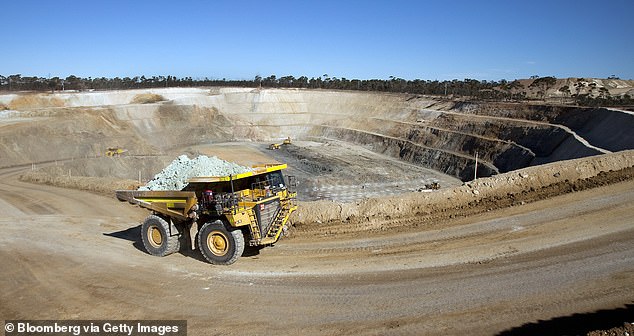 The two most recent announcements – both significant advances – only serve to illustrate this point.

The most recent, issued in the first week of September, details how Jubilee’s Zambian copper concentrator in Zambia has reached nameplate capacity.

This is part of a broader plan to make Jubilee into a Southern African copper refiner.

And a few weeks before that Jubilee detailed its recent completion of a £58million investment programme in South Africa that’s allowed the company significantly to boost output of platinum group metals and chrome.

Ongoing growth in tough operating conditions is all to the good. But to get to the heart of why Jubilee continues to offer clear value in these uncertain times you have to drill down a little deeper into what it’s actually doing.

It would be fair to say that Jubilee is more of a processing company than a mining company.

Yes, years ago, in the heady early days of the Aim market, Jubilee did have its roots in platinum exploration.

But a useful merger in the mid-2000s with a South African processing specialist called Braemore changed the outlook considerably.

For one thing, the deal brought in much needed cashflow, a benefit which was not lost on the then-chairman Colin Bird.

But more importantly, it brought in platinum and tailings reprocessing expertise the likes of which it would be hard to find anywhere else in the world.

Leon Coetzer, the current chief executive of Jubilee, came in at the time of Braemore, and it’s largely thanks to a combination of him and Mr Bird, who has now stepped down from the board, that Jubilee has become the well-established mid-tier miner that it is today.

What was it they saw back then that allowed Jubilee to move away from the huge pack of Aim-traded junior explorers with micro-market capitalisations?

After all, making a business from re-processing other peoples’ mine waste doesn’t on the face of it look like an attractive business plan.

But there are actually several attractions. First, the difficult and costly business of mining has already been done.

Jubilee, as we said, isn’t really a miner. It lets other companies do that. Instead, what it does is scoop up the waste from chrome mines and extract platinum group metals from it. That’s not easy to do, which is why the waste is there in the first place.

But Jubilee can do it – and, more’s the point, at low cost.

Its net cost of platinum production per ounce was $441, while its net revenue, including chrome credits, was $1,609 per ounce. That left net earnings per platinum group metal ounce at a handsome $1,162.

And of course, when you start punching all those numbers into a profit and loss account, they begin to add up. Revenues for the six months to June 2022 totalled £76million, up 21 per cent from the previous six months.

This is real growth being delivered in a sector that is famously long on promises and short on delivery.

What it also means, of course, is that Jubilee now has, and has had for some time, the firepower to look towards further expansion.

Hence, the foray into copper production in Zambia, where net earnings for each of the 2,604 tonnes of copper produced in the past 12 months amounted to more than $3,000.

We’re not quite up at the scale of the platinum operations here, but the direction of travel is clear. Jubilee has built up a strongly cash generative and high margin business and isn’t afraid to bolt on new acquisitions to keep the momentum of growth going.

Already in Zambia it has expansion opportunities in lead, zinc, vanadium and cobalt processing. It’s also been looking at opportunities further afield, including in Cyprus, which is historically one of the first major copper mining districts in the world.

Like most companies born out of the junior mining world, Jubilee is wary about taking on debt.

The cash position at the end of June stood at around £16million, and may well now go higher, given the robust situation the company is now in.

In that context, it’s no wonder investors are continuing to back Jubilee (share price 12p) over other less well financed and riskier propositions.