Rare stamp dealer Stanley Gibbons plans to delist from the stock market in London after pressure from its largest shareholder.

The 166-year-old company proposed removing its shares from the Aim exchange having seen its value crash by 99 per cent since their peak eight years ago.

Phoenix Asset Management, which has a 58 per cent stake in the group and provides all its debt facilities, said there were ‘clear benefits’ to delisting. 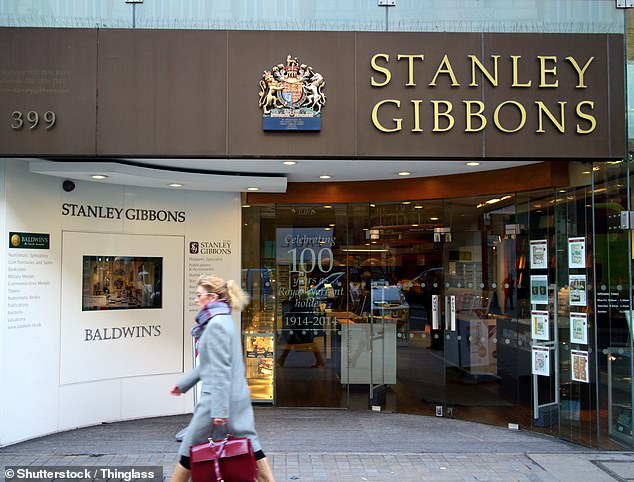 Stamp of approval: Phoenix Asset Management said there were ‘clear benefits’ to delisting

It said the cost, management time and regulatory burden of being listed were ‘disproportionate’ to the benefits.

The company, which began in 1856 when teenager Stanley Gibbons opened a stamp counter in Plymouth, must get the backing of 75 per cent of shareholders to cancel its shares. Phoenix said if the plan is not passed it would ‘reconsider its continued financial support for the company’.

Investors are being offered the chance to sell their shares for 1.5p each.

'Bordering on a scandal!' Drivers keep being overcharged for fuel at some petrol stations