Made.com shares plunge as struggling furniture seller reveals it might be sold off or merged amid a strategic review

Embattled retailer Made.com could be sold or merged after bosses determined it would be unable to obtain enough equity from shareholders.

The online furniture seller said last month it was considering a capital raise to try and shore up its balance sheet, which has been battered by declining sales and surging losses in the past year.

Having concluded that such an option is not feasible, partly due to current trading uncertainty, the firm has begun a strategic review to assess alternatives. 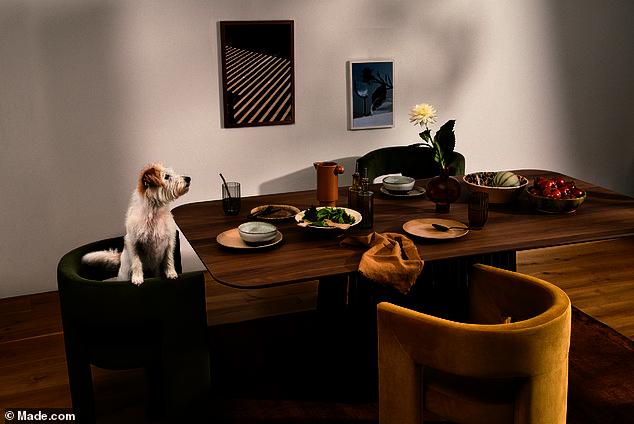 Troubles: Online furniture seller Made.com has been battered by declining sales and surging financial losses in the past year. Its share price has tumbled by 97 per cent since listing.

These include a strategic investment in the group by a business partner, a merger with another company, debt financing, or a formal sale process.

Made said it had engaged in discussions with interested parties but had not received any takeover approaches, nor was it currently in talks with any potential buyers.

Alongside this, the retailer announced that it would continue to cut costs,  including a review of staff headcount ‘within the next few weeks’, having already implemented a hiring freeze.

The Financial Times reported yesterday that the company was considering shedding up to 35 per cent of its workforce and had already started consultation processes with certain employees who are set to leave in October.

According to the FT, Made chief executive Nicola Thompson sent an email to staff last week warning that ‘some very difficult but necessary changes’ had to be made.

Made floated on the London Stock Exchange 15 months ago following a pandemic-induced windfall spurred by lockdown restrictions forcing homewares stores to temporarily close their doors.

But since listing, the London-based group has had to deal with worsening supply chain issues that have led to some customers either cancelling or waiting months for their deliveries and much higher freight rates.

In the second half of last year, Made said its freight costs skyrocketed from just £8.2million in 2020 to £45.3million, and it has not been fully able to pass on these extra costs to customers.

Problems have been compounded this year by surging energy and commodity prices, and other inflationary pressures, contributing to widespread economic stagnation and sliding consumer confidence.

The business responded to these pressures by selling inventory that it had built up during last year at discounted prices, severely impacting margins as a consequence.

Made slashed its earnings guidance for the third time this year in July. It announced today that it has withdrawn its full-year guidance due to continued economic uncertainty.

Made.com shares had slumped by 19.7 per cent to 4.62p by mid-morning trading on Friday, meaning their value has plunged by over 97 per cent since its initial public offering.

‘Whatever happens, it looks like existing shareholders may be wiped out or be left with a mere fraction of their original investment,’ remarked Russ Mould, investment director at AJ Bell.