Supermarkets set to beat pubs in World Cup battle: Tournament wrong-foots retail and hospitality bosses, who have never dealt with a winter competition

Pubs and supermarkets are gearing up for battle to pick up business from fans tuning in to the World Cup.

The tournament, which kicks off on Sunday, has wrong-footed retail and hospitality bosses, who have never dealt with a winter World Cup. Tesco boss Ken Murphy admitted planning for the competition back to back with Christmas was a ‘curveball’.

And the run up to the tournament has been complicated further by the spiralling cost of living, which has led to a drop-off in consumer confidence. There are fears in the pub industry that this could keep fans at home in a bid to cut spending. 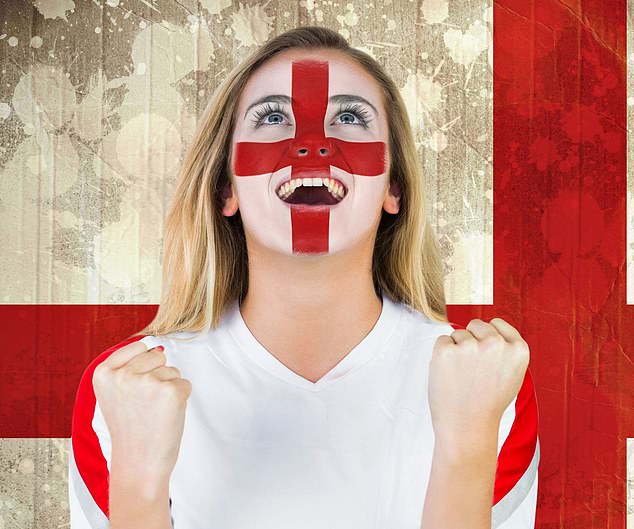 Flying the flag: The tournament has wrong-footed retail and hospitality bosses, who have never dealt with a winter World Cup

Shore Capital analyst Clive Black said if England and Wales perform well, the tournament will be a win-win for grocers and the pub sector. Black said: ‘That would be a game changer for demand in December and would benefit the pub trade massively.

‘As momentum builds throughout the competition, people will want to get together.’

But Black said it will be ‘very different’ to a summer World Cup, with crowds smaller and mainly indoors. And with smaller crowds in pubs and bars, many will turn to watching games at home, Black said, which will be ‘very good for supermarkets’.

Black said: ‘It’s a big win for supermarkets and a bit more than a score draw for pubs, because they are going to get footfall, but not what they would for a summer World Cup.’ Global Data research showed spending in pubs, restaurants and bars will be a tenth lower than the World Cup four years ago, and less than half of last year’s Euros. The research showed TV sales will be higher than during previous competitions, further pointing to a shift to watching at home.

And retailers including Waitrose owner John Lewis Partnership and Marks and Spencer have said they expect to benefit from the tournament.

M&S found that while more than half of its customers plan to watch every game, more are planning to watch at home or at friends’ houses. More than a third of M&S shoppers also said they plan to cut down on trips to the pub in the run up to Christmas as they go into a ‘self-imposed lockdown’ to save cash.

Marketing director Sharry Cramond said: ‘Our customers have told us that a winter tournament means they will be putting themselves on a ‘self-imposed lockdown’ in the run up to Christmas, staying at home more and cutting back on trips to the pub, eating out and even getting takeaways at home.’