Ted Baker shares have tumbled after the fashion retailer confirmed it had turned down two proposals from US private equity firm Sycamore Partners Management.

In response to weekend reports, the company said on Monday it had rejected an offer of 130p and another of 137.5p per share made over the past two weeks.

After a ‘careful’ review of the offers, the group concluded that the bids significantly undervalued it and ‘failed to compensate shareholders for the significant upside that can be delivered by Ted Baker as a listed company’. 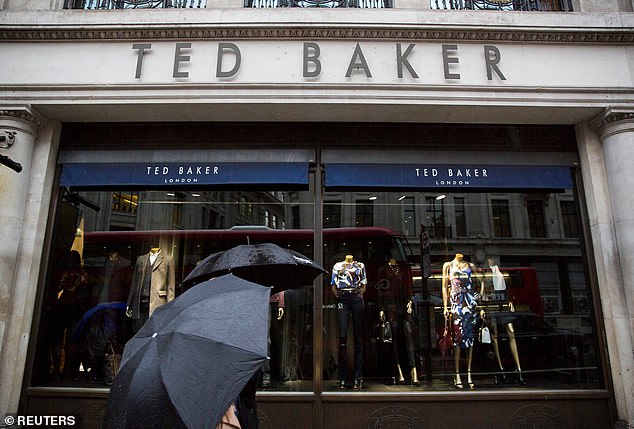 News of the offer by New York-based buyout giant, which invests in retailers including music-focused American chain Hot Topic, was revealed by Sky News at the weekend.

It is also well below analysts’ 220p estimations of the brand, with a consensus target price around 220p per share.

‘Ted Baker is a leading global brand with a strong future,’ the company said.

‘The management actions taken over the last two years have put the business on a firm footing and it is now well on the way to recovery following a turbulent period.

‘The Board is focused on delivering value for Ted Baker’s shareholders well in excess of the price offered by Sycamore.’

Laura Hoy, equity analyst at Hargreaves Lansdown, said the move was a nod of confidence from management that they think they can deliver something better.

However, investors were not convinced, with Ted Baker shares falling 3.6 per cent to 121.66p in early trading on Monday.

The stock soared 43 per cent in the past two weeks when Sycamore confirmed it was weighing up a bid.

The embattled firm has 377 stores and concessions, of which 97 are in the UK.

It has been mired by scandals and was devastated by Covid, issuing a series of profit warnings. 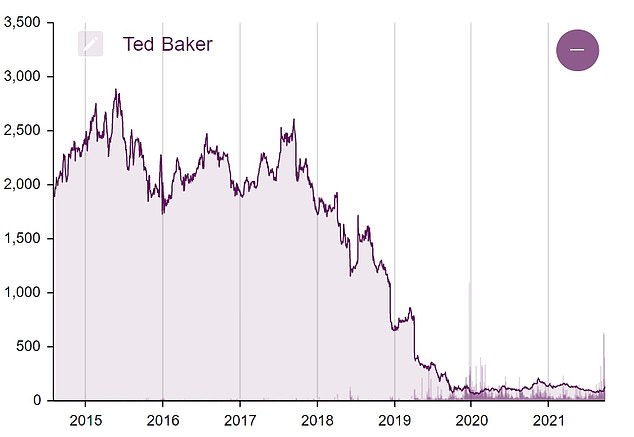 'Nightmare from a horror film': Rats attack toddler in bed leaving him covered in blood