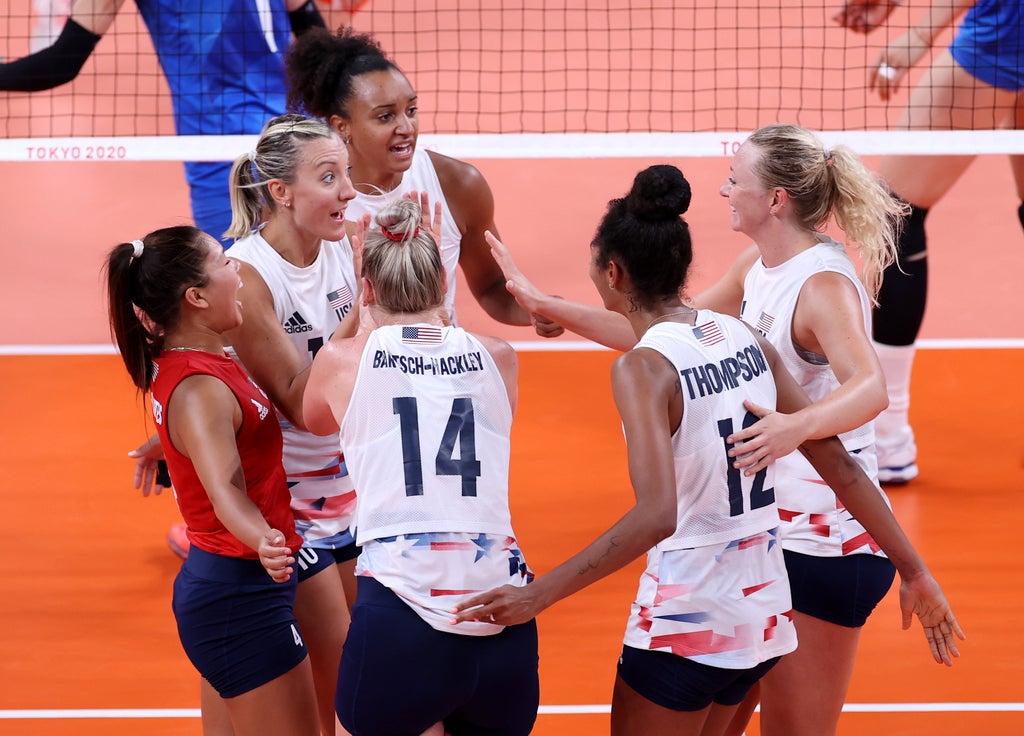 Viewers of the Olympic volleyball tournament at Tokyo 2020 may have noticed one team member on the court wearing a different coloured jersey.

That player is a defensive specialist known as a libero, and their jersey is normally one of that country’s official colours but always contrasts that being worn by the rest of the team.

Two of the squad’s 12 players can be assigned as a libero, a position that comes with a specific set of playing restrictions.

The libero is only allowed to play in the back row of the court, and they are not permitted to jump and spike a ball in the front row, or block an attack at the net.

The position was introduced by the International Volleyball Federation, which governs Olympic volleyball, in 1996, to help defensive strategy.

The libero is made to wear a different colored shirt so that the referees can spot them easily and enforce the rules of that position.

“The Libero’s jersey or jacket must clearly contrast in color to the color of the jersey worn by other members of the team,” state USA Volleyball’s rules.

“The Libero jerseys do not have to match, but they must both be contrasting from the other members of the team. ‘Contrast’ means ‘strikingly different.’ As such, two dark colors (or two light colors) often do not provide sufficient contrast from one another.”

Liberos also do not substitute in the same way as the rest of the team, with at least one point having to be played between a libber leaving the court, and their replacement coming on.

And the libero has only been allowed to be the team captain since earlier this year, after the rules were changed.

For the Team USA men’s team, Erik Shoji and Dustin Watten have the role, and for the women’s team it is Justine Wong Orantes, with Megan Courtney as an alternate.

Danny McCray on Survivor: Everything you need to know about the former NFL player

‘It’s the Olympics of drag, innit’: The new Drag Race UK queens on turning looks and making history in a pandemic