Travis Perkins has maintained a steady growth in sales in the face of increasing energy costs and slowing demand in Britain for DIY products.

The building materials seller revealed turnover grew by 10.3 per cent to £2.54billion in the six months to 30 June, thanks to its merchanting division outperforming the broader market.

Orders within the segment’s specialist and general merchant businesses achieved double-digit percentage sales growth, helping push the segment’s overall revenue up by 13.3 per cent to £2.16billlion. 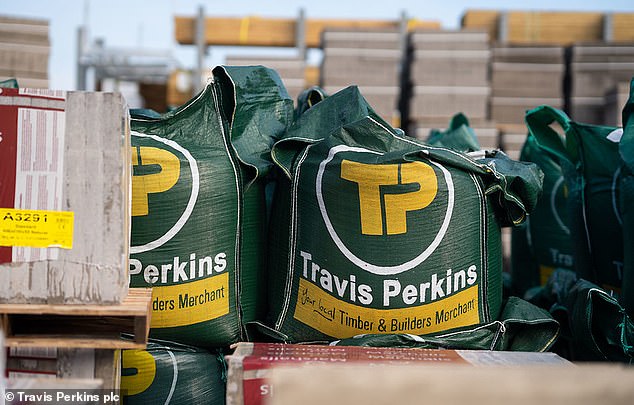 Offload: Building materials seller Travis Perkins revealed turnover grew by 10.3 per cent to £2.54billion in the six months to 30 June. while profits marginally increased to £106million

Further growth was observed in building products distributor CCF on the back of robust demand from the commercial and housebuilding sectors and effective cost management from products like plasterboard and insulation.

Rising cost inflation during the first half of 2022 was mainly driven by increasing fuel and utility prices being passed on by manufacturers rather than product shortages.

But while these factors hurt operating margins, as did the shift towards larger customers, the merchanting arm’s strong all-round performance helped the group’s total profits marginally increase to £106million.

Travis Perkins shares were still one of the worst fallers on the FTSE 350 Index on Tuesday, declining by 8.7 per cent to 940.8p, as its Toolstation business fell to an adjusted operating loss of £8million.

Last week, Wickes shares plummeted to their lowest levels ever after the home renovation retailer, which demerged from Travis Perkins last year, warned that the DIY market was displaying ‘signs of softening.’

The Watford-based firm lowered its full-year profit outlook to between £72million and £82million after seeing first-half revenues rise by just 0.8 per cent on the equivalent time last year. 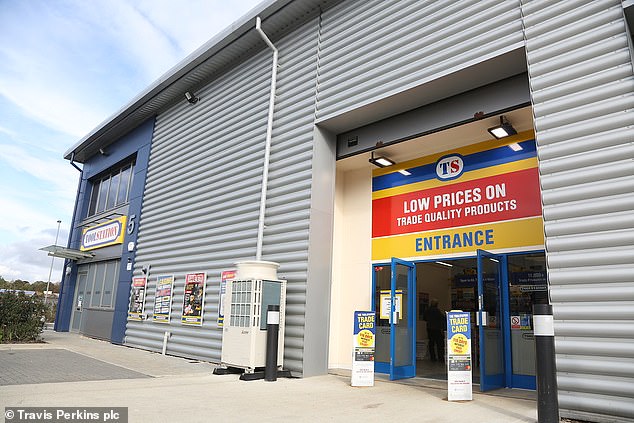 Both Wickes and Toolstation benefited heavily from the pandemic driving a growing interest in DIY as Britons forced to work remotely and with extra savings in their bank account sought to spruce up their homes and gardens.

Yet since restrictions have loosened, Toolstation has seen trade reorient back towards its core trade customers, causing like-for-like revenues to drop by 10.6 per cent from the previous year.

At the same time, its margins have fallen into negative territory as a result of higher salary and utility costs and large sums spent expanding its branch network, and its European arm recorded a £15million loss.

Toolstation Europe’s annual losses are expected to be around double that figure due to further store openings, rising digital and marketing costs and the opening of a second distribution centre in the Netherlands.

The costs of this extra investment, combined with the normalisation of its customer base, are forecast by Travis Perkins bosses to outpace the continued strong performance it expects from the firm’s merchanting division during the second half of the year.

On a long-term basis, though, Travis Perkins believes it has the potential to benefit from numerous structural factors affecting the UK, including a shortage of new housing and a maintenance backlog on certain public sector assets.

It added: ‘The need to decarbonise an ageing housing stock is growing in urgency given the sharp increase in energy costs and government policy is supportive of significant investment in road, rail and green power generation infrastructure.

‘The group’s unique portfolio of businesses is ideally placed to partner with the construction industry to deliver on this agenda.’

‘No flies this year!’ Simple 75p herb hack to get rid of blue bottle flies from your home

SHARE OF THE WEEK: Investors hope for Harbour Energy boost