Ultra Electronics underlined its status as a leading British defence group as it posted bumper figures.

The company, whose controversial sale to US private equity awaits Government approval, said its order book was a record £1.3billion at the end of 2021. 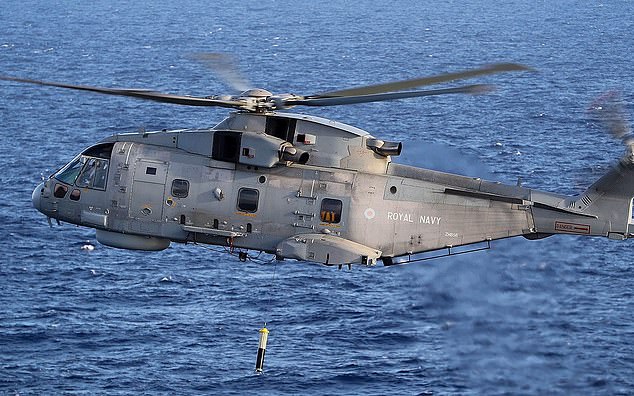 Profits up: Ultra Electronics, whose controversial sale to US private equity awaits Government approval, said its order book was a record £1.3bn at the end of 2021

It said there was ‘excellent demand for Ultra’s technology’.

And with war raging in Ukraine, it said it was ‘very well placed to take advantage’ of increased defence spending by the West.

Ultra is seen as a highly strategic British firm because of its work for the military, which includes making submarine-hunting kit.

Business Secretary Kwasi Kwarteng has faced repeated calls to block its proposed £2.6billion takeover by US private equity firm Advent International amid fears of the hollowing out of Britain’s defence industry following the sale of the likes of Cobham and GKN.

He has ordered a probe into the deal, citing national security concerns.

Meggitt, another leading defence firm in Britain, is also being sold to the Americans. But ministers are thought to be close to approving the Ultra takeover after Advent agreed to set up a separate board of directors to oversee sensitive Government contracts.

Ultra yesterday pointed to increased defence spending by the Five Eyes nations of the UK, US, Australia, Canada and New Zealand, and more widely, Nato.

‘As Russia and China deploy advanced submarines, investment into anti-submarine warfare by the Five Eyes nations is expected to increase at over 5 per cent per annum over the next five years,’ it said, adding that there were opportunities for growth in the medium to long term.

But Ultra said: ‘The tragedy unfolding in Ukraine demonstrates the vital role that the defence industry plays in maintaining stability and sustainability in society.

‘At Ultra we believe that the solutions we provide are key to protecting the environmental, social, and governance standards that those societies demand.’

Advent is trying to buy Ultra through Cobham, a British firm it bought for £4billion in 2019.

Independent aerospace analyst Francis Tusa said: ‘Ultra has unveiled bumper profits and said it has a record strong order book, which begs the question – why sell?

It also further underlines its importance of a strategic British asset and piles pressure on the Government to step up its intervention in its sale.’

Conservative MP Tobias Ellwood said: ‘The war in Ukraine is underlining the vital role the data domain plays in the advancing character of warfare.

‘It’s therefore critical to retain these sovereign strengths and I hope the Trade Secretary will look carefully before companies such as Ultra are allowed to be sold off to foreign interest.’