Mass vaccination center worker faces up to three years jail after being charged with stealing more than 500 blank vaccine cards worth $10,000

By Charlotte Mitchell For Mailonline

A worker at a Los Angeles County mass vaccination site has been charged with stealing more than 500 blank Covid-19 vaccine cards worth $10,000.

Muhammad Rauf Ahmed, 45, is facing a grand theft charge for allegedly stealing a total of 528 cards.

He is scheduled to appear at the Pomona Courthouse on August 25 and faces up to three years in jail if convicted.

On April 27, police received a call about a possible theft at the Pomona Fairplex vaccination site in La Verne, where Ahmed, from Nevada, worked as a nonclinical contract employee.

It came after a security guard at the site noticed Ahmed leaving with a stack of cards in his hands, the La Verne Police Department said.

Blank cards were found in his car and later around 400 more were uncovered in his hotel room. 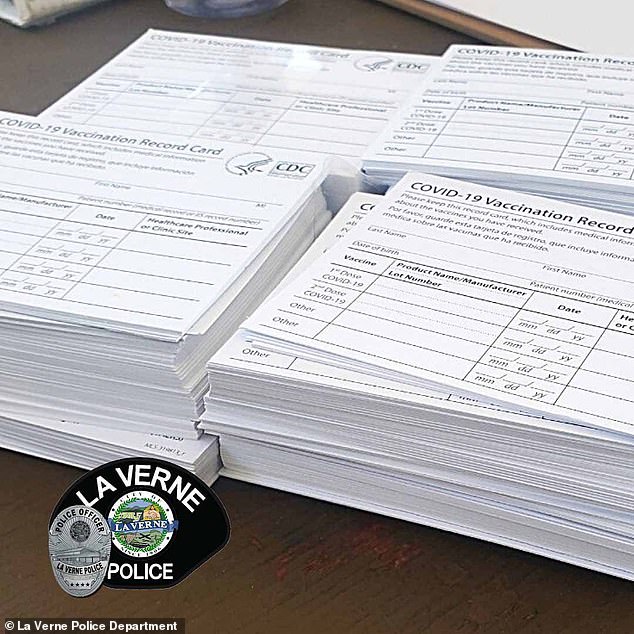 A security guard at the site noticed Ahmed leaving with a stack of cards in his hands, the La Verne Police Department said. Blank cards were found in his car and later around 400 more were uncovered in his hotel room 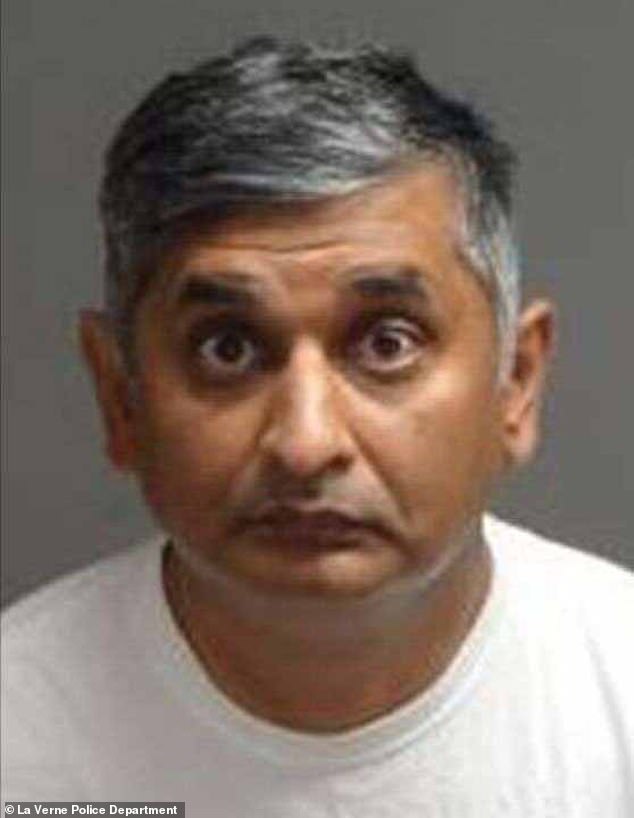 Muhammad Rauf Ahmed, 45, is facing a grand theft charge for allegedly stealing a total of 528 cards

‘Selling fraudulent and stolen vaccine cards is illegal, immoral and puts the public at risk of exposure to a deadly virus,’ Los Angeles District Attorney George Gascón said, when announcing the charge against Ahmed.

Deputy Sergeant Cory Leeper said Ahmed initially claimed he had taken the cards to ‘pre-fill’ them in order to get ahead of his workload.

‘He did not get permission for that. This was an intentional thing that he was doing in taking these cards back to his hotel room.’

Leeper added that the stacks of cards found in Ahmed’s hotel room were still sealed in plastic.

He said that investigators looked to another case related to vaccine passports to determine the value of the cards Ahmed was suspected to have taken.

In May, a bar owner was arrested on suspicion of selling fake vaccine cards for $20 each. He was charged with felony identity theft and felony forgery of a government seal.

‘Assessing the fair market value is tough, because one could argue it was just a blank piece of paper,’ Leeper said, referring to Ahmed’s case.

The case remains under investigation by the La Verne Police Department.

The Los Angeles Times reported that the site where Ahmed worked is due to close on Sunday as the county moves to using more mobile clinics in an attempt to reach more people as uptake slows.

The FBI has warned that selling fake cards bearing a government logo is a crime.

Many venues reopening under limited capacity have loosened restrictions for those who can prove they have been vaccinated, spurring the growth of an underground market for fake vaccine cards.

How to get rid of mould from fabric – THREE top techniques