By Adry Torres For Dailymail.com


Surveillance cameras captured the tragic moment a private jet crashed in Brazil and exploded, killing all seven passengers on board, including a father-of-three whose billionaire brother is the owner of an energy company.

The Piracicaba Fire Department said the aircraft took off from Pedro Morganti Municipal Airport in Piracicaba, São Paulo, and was headed to Pará when it crashed approximately at 9am local time Tuesday.

A bystander near the runway recorded the twin-engine plane model King Air B200 going down the runway before it plummeted about 15 seconds later.

The jet crashed in a eucalyptus farm near the São Paulo State Faculty of Technology. 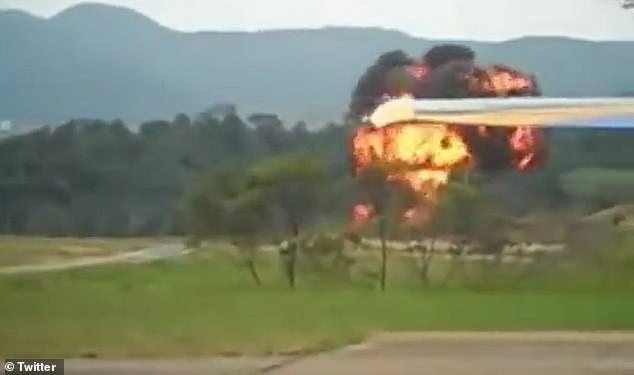 Center for Investigation and Prevention of Aeronautical Accidents has yet to provide a motive for the jet crash that killed all seven people on board, including a family-of-five, Tuesday in Piracicaba, Brazil 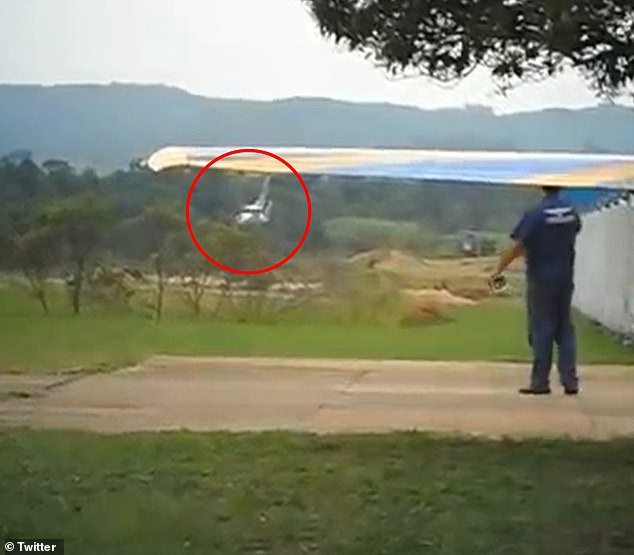 Still image of a video shows the moment the jet is about to crash just 15 seconds after it had taken off from Pedro Morganti Municipal Airport in Piracicaba, Brazil on Tuesday morning 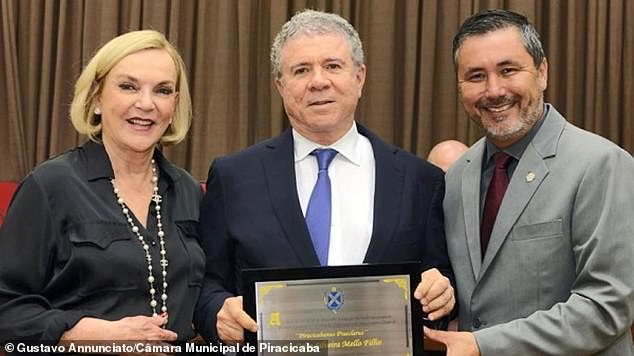 Maria Luiza Meneghel (left) and Celso Silveira Mello Filho (center) were among the seven people killed in Tuesday morning’s jet crash in Brazil. Their three children also perished in the accident. The family was traveling from Piracicaba, São Paulo to their farm in Redenção, Pará where they were going to vacation for the week. Celso Silveira Mello Filho was a shareholder of Brazilian energy giant Cosan SA. His billionaire brother Rubens Ometto Silveira Mello is the chairman of the company

The pilot ​​Celso Elias Carloni, 39; and his co-pilot, Giovanni Dedini Gullo, 24, were also killed in the accident.

Brazilian news outlet G1 reported that the family was headed to spend the week at a farm they owned in the Pará city of Redenção. 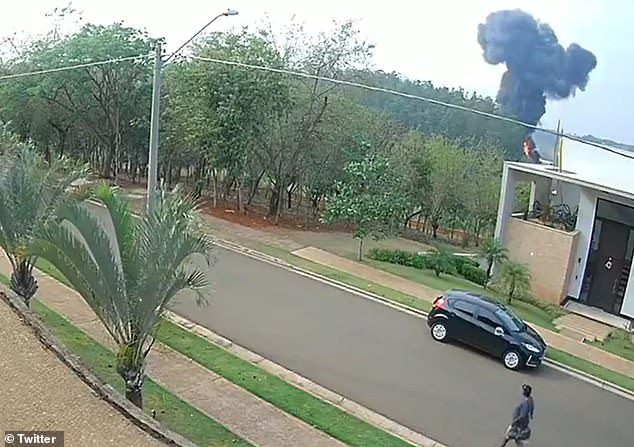 A cloud of smoke is captured by a security camera after a jet with seven people on board crashed moments after taking off from Pedro Morganti Municipal Airport in Piracicaba, Brazil on Tuesday 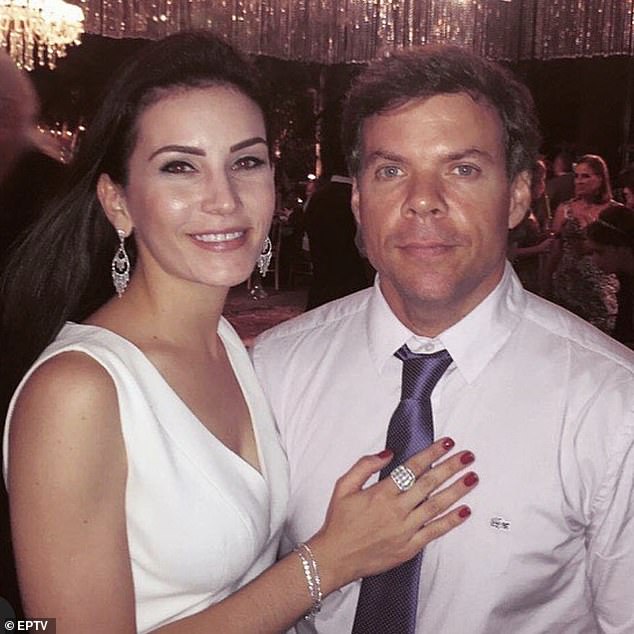 Fernando Meneghel Silveira Mello (right) was one of the five family members killed when the jet crashed Tuesday. The pilot and co-pilot were also killed 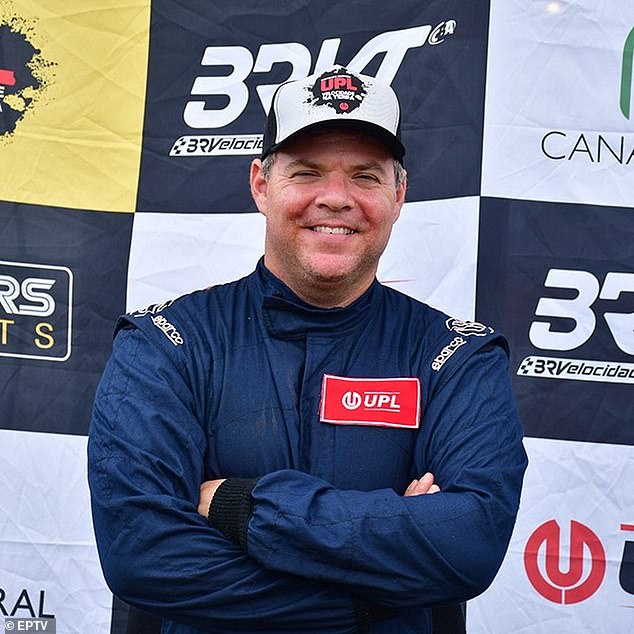 Celso Meneghel Silveira Mello was killed along with his father, mother, twin brother and sister in a private jet crash Tuesday near Pedro Morganti Municipal Airport in Piracicaba, Brazil. He won three autocross competitions in Brazil

Celso Silveira Mello Filho was the president of CSM Agropecuária and also a shareholder of Cosan.  His brother, company chairman Rubens Ometto Silveira Mello, was recognized by Forbes in 2013 as one of the world’s ten “greenest” billionaires due to his firm’s production of clean energy.

The company is considered one of the world’s top producers and processors in sugarcane and ethanol. 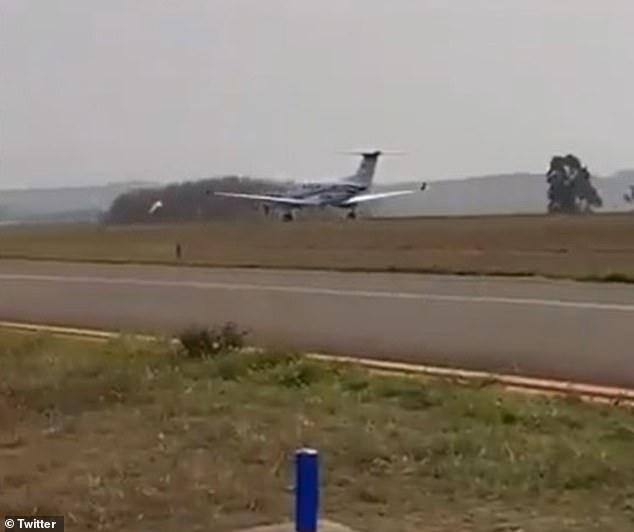 Still image of the private jet going cruising down the runway before it crashed about 15 seconds after it took off from Pedro Morganti Municipal Airport in Piracicaba, São Paulo

First responders were able to locate the bodies – all of which were burned.

The Brazilian Air Force’s Center for Investigation and Prevention of Aeronautical Accidents is investigating the accident.