Waitrose is bracing for an uptick in sales of its Duchy Originals range – which was started by King Charles in 1990.

The upmarket grocer said that sales of the line, which includes vine tomatoes, green beans and blueberries, were likely to receive a boost.

Waitrose executive director James Bailey said: ‘People are in a more reflective mood. You will probably see an upswell of support for those Duchy Organics products in the medium or long term.’ 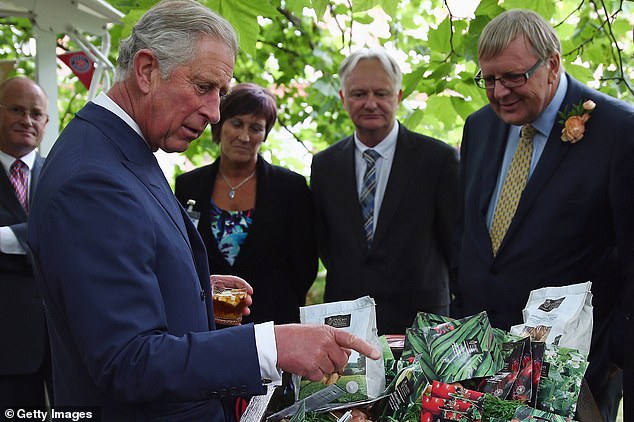 Organic: King Charles founded the Duchy Originals brand in 1990 when he was the Prince of Wales to sell produce from Home Farm at his country house Highgrove

Charles founded the brand in 1990 when he was the Prince of Wales to sell produce from Home Farm at his country house Highgrove.

He has been an advocate of organic farming since transforming Home Farm to become organic in 1985.

Duchy struck a partnership with Waitrose in 2010 and has since grown into the UK’s largest organic food and drink brand.

In 2020 Charles gave up control of the farm. It remained organic and maintained its partnership with Waitrose.