Revenue at the FTSE 250-listed group surged 18 per cent at constant currencies to £1.09billion in the six months to 30 June, on the back of positive price and volume growth, while in the second quarter, revenue rose by 20 per cent.

Adjusted operating profit came in at £168million in the first half, representing an increase of 15 per cent on the same period a year ago. 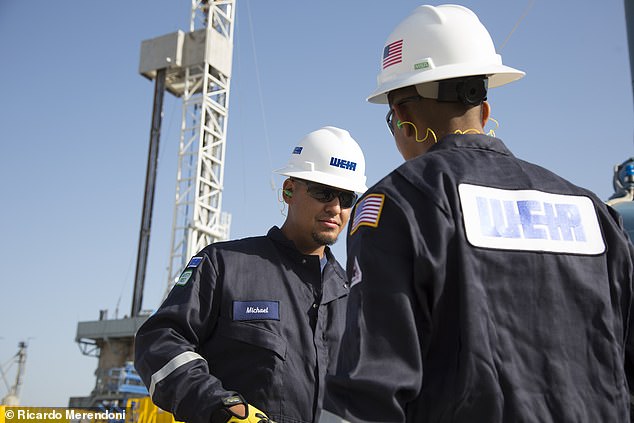 Results: Weir Group’s adjusted operating profit came in at £168m in the first half

The firm’s statutory pre-tax profit rose to £126million, from £100million.

The company revealed it planned to hike its interim dividend to 13.5p from 11.5p as a result of the board’s ‘high levels of confidence’ in its strategy and future prospects.

Weir expects its annual operating profit to come in between £320million and £386million.

Boss Jon Stanton said: ‘Momentum continued to build through the first half as we won record orders, executed strongly and made meaningful progress in delivering our technology and sustainability roadmaps which underpin our growth and long term strategy.

‘We enter the second half of the year with a strong order book and are managing through a complex operating environment successfully. As a result, we continue to expect to deliver strong growth in constant currency revenue and profit this year.’

Weir also unveiled a business processes programme and said it expects to realise £30million annualised run-rate savings by 2025, ‘which will expand operating margins beyond 17 per cent.’ More details of the plan will be unveiled at a capital market event in September, the company said.

In a separate statement, Weir announced that Ricardo Garib is retiring as president of Weir Minerals at the end of this year, after 43 years’ service. He will be succeeded by Andrew Neilson, who is currently president of Weir ESCO.

A process to identify a successor to Neilson as ESCO president is ‘well advanced’, the company said.