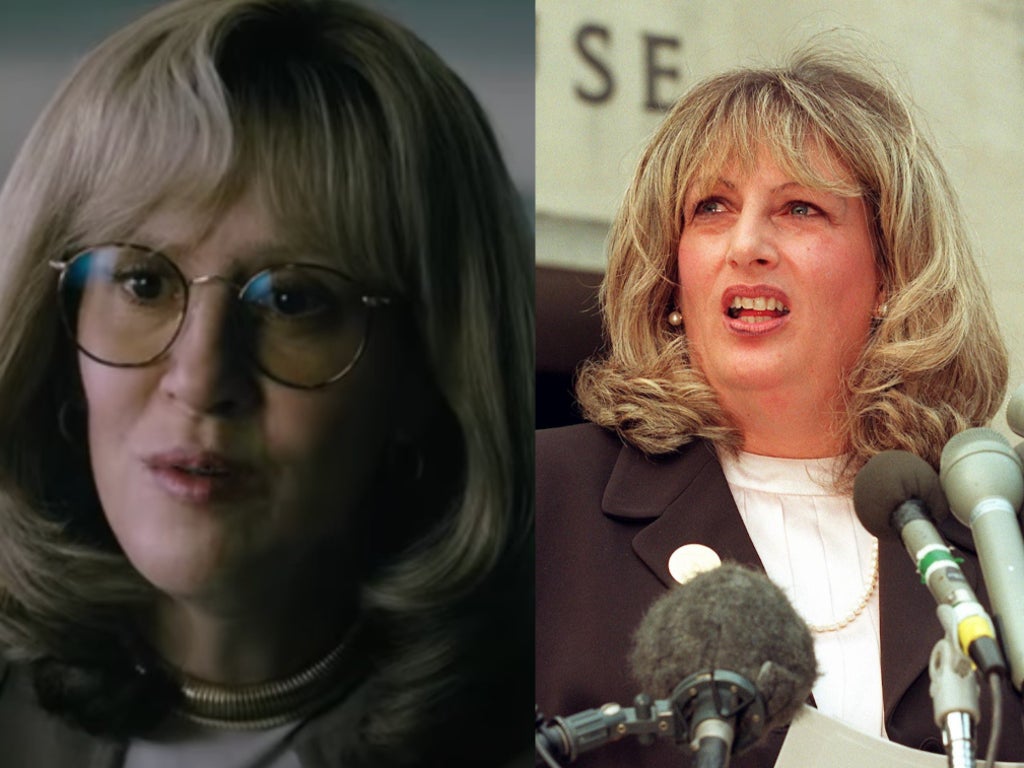 Linda Tripp was a key figure in the event that led to Bill Clinton’s impeachment in 1998.

Tripp is portrayed by Sarah Paulson in Impeachment: American Crime Story, FX’s dramatisation of Clinton’s affair with Monica Lewinsky and its fallout.

Tapes secretly recorded by Tripp during phone conversations with Lewinsky played a role in Independent Counsel Ken Starr’s investigation and Starr’s subsequent report, which he delivered to Congress in September 1998.

Tripp befriended Lewinsky when the former White House intern was reassigned to a position at the Pentagon in 1996. At that time, Tripp was a career civil servant in her forties. Having taped some of her phone conversations with Lewinsky in which she discussed the affair, Tripp delivered almost 20 hours of recorded conversations to Starr.

The Starr Report led to Clinton’s impeachment by the House of Representatives in December 1998 on charges of perjury to a grand jury and obstruction of justice. The Senate acquitted Clinton on both counts in February 1999, and the 42nd US president remained in office until the end of his second mandate in January 2001.

Some criticised Tripp for what they perceived as her betrayal of Lewinsky, others celebrated her role as a whistleblower.

Tripp died in April 2020. A cause of death wasn’t officially announced, but some news reports mentioned at the time that Tripp had been treated for cancer.

When reports of Tripp’s illness surfaced earlier that month, Lewinsky had tweeted: “No matter the past, upon hearing that linda tripp is very seriously ill, I hope for her recovery. I can’t imagine how difficult this is for her family.”

Impeachment: American Crime Story airs on FX in the US on 7 September. The show will be broadcast weekly on BBC Two from October 19 onwards.

Geraldo Rivera on Christmas: ‘It can’t get any more American than’ this