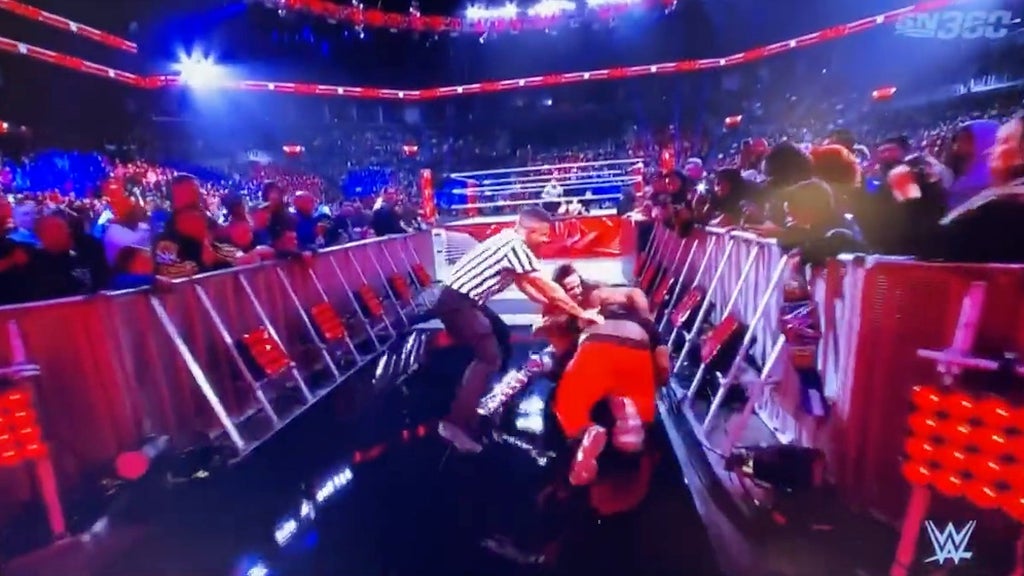 Police have confirmed a wrestling fan has been charged with an assault after appearing to attack WWE star Seth Rollins at a live television broadcast in New York.

The dramatic scenes unfolded during an episode of WWE’s Monday Night Raw show in Brooklyn, with the moment even captured on screen before cameras quickly cut away.

Rollins had been wrestling on the show and had just finished a segment with Finn Balor when the incident took place.

The 35-year-old attacked his opponent before their planned match, playing up to his ‘heel’ bad guy persona.

One member of the audience appears to have taken exception to Rollins’ act, however, and is said to have jumped the ringside barrier having been part of a packed crowd at The Barclays Centre.

The individual is seen hurling themselves at Rollins, tackling him to the ground and pushing him back several feet in the process.

Horrified fans at ringside watched on as he then appears to try and pin Rollins down as the wrestler attempts to wriggle free.

Security quickly rushed to the scene and pulled the man away, with Rollins, back on his feet, seen screaming back at him.

The offender was then taken away and, later, was reportedly held in custody before being charged, according to ESPN’s Marc Raimondi.

He initially Tweeted: “A 24-year-old male has been taken into custody in Brooklyn following an attack on WWE wrestler Seth Rollins during the Raw TV show in Brooklyn, an NYPD spokesperson told ESPN.”

A follow-up added that the individual “has been charged with attempted assault and attempted violation of arts and cultural affairs (disrupting live sporting event) for his attack on WWE wrestler Seth Rollins during the Raw television show Monday night at Barclays Center in Brooklyn, per the NYPD.”

In its own statement to the broadcaster, WWE added: “WWE takes the safety of its performers very seriously.

“The individual who attacked Seth Rollins has been turned over to the NYPD and will be prosecuted to the fullest extent of the law.”

Rollins went on to feature later in the Raw broadcast, appearing for the battle between WWE Champion Big E and Kevin Owens.

‘No thank you!’ Cruise guests share tips ‘most people don’t know’ and what to avoid

DEAL OF THE DAY: How to save £110 on a Dyson Supersonic Hairdryer this Cyber Monday