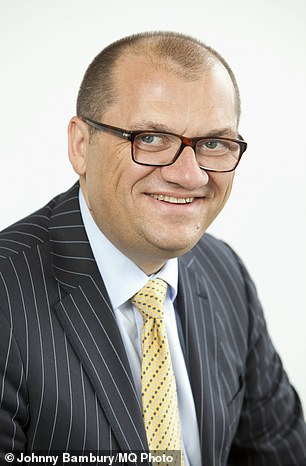 Boss: Gavin Slark (pictured) has been chief executive of Grafton for the last 11 years

Building materials supplier Grafton Group has announced that its boss will stand down at the end of the year after more than a decade in charge.

During his tenure, he has overseen a dramatic transformation of the firm, making numerous acquistions, such as stair contractor Stairbox and decorating retail brand Leyland SDM.

The company also transferred its primary stock market listing from the Irish capital to London, expanded into the Nordic region and sold off its traditional merchanting arm in Britain to Huws Gray.

In recent years, Slark has helped lead Grafton through the Covid-19 pandemic, which initially caused some downturn in trade as a result of store closures across the British Isles before recovering very strongly as lockdown restrictions were loosened.

Last year, the group posted its highest ever profits of £341.2million thanks to record performances from its Northern Irish distribution business MacBlair, and subsidiaries Woodie’s and Selco Builders Maintenance.

Alongside this, overall revenue climbed by around a quarter due to prices of building materials in its British Isles distribution businesses being driven higher by supply chain disruption.

This happened in tandem with low interest rates, strong mortgage demand, and a temporary stamp duty holiday introduced by the UK Government in July 2020 boosting demand for property renovation and new housebuilding.

Trade has continued to be positive since then, with revenues between 1 January and 17 April up 15 per cent from the equivalent period last year. 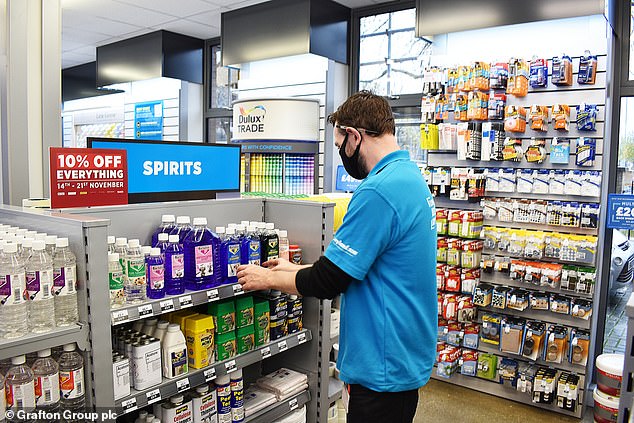 Subsidiary: During his 11-year tenure, Gavin Slark has overseen a dramatic transformation of the firm, making numerous acquisitions, such as decorating retail brand Leyland SDM

Chairman Michael Roney said that Sunderland-born Slark ‘has made an outstanding contribution to Grafton and provided exceptional leadership over the past eleven years.

‘Under his stewardship, the group has further extended its geographic footprint and has been transformed into a portfolio of higher quality and higher returning businesses with excellent market positions and strong growth prospects.’

Markets reacted negatively to news of his departure, with Grafton Group shares tumbling 6 per cent to 734.6p by the late afternoon, making it the third-biggest faller on the mid-cap FTSE 250 Index today.

Slark said the choice to leave was made ‘with a heavy heart,’ but expressed confidence ‘that this is the right time for a new CEO to lead the business as Grafton embarks on its next phase of growth and development.

‘I remain very committed to the leadership of the business over the next six months and to working towards a smooth transition to my successor.’